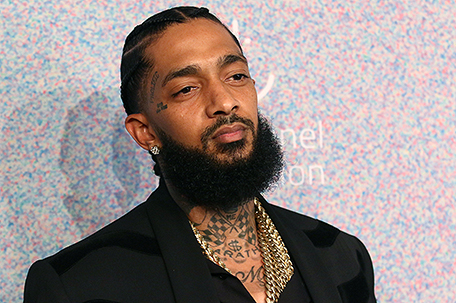 Reminiscent of Voletta Wallace taking the body of her late son Christopher Wallace aka Notorious B.I.G, on a last ride through his beloved streets of Brooklyn, New York, in 1997, according  to reports,  Nipsey Hussle’s family took the slain rapper on one final victory lap following his Celebration of Life. The farewell took place on April 11 at the Staples Center in Los Angeles. The funeral procession covered over 25 miles in distance around the City of Angels. Sources say Nipsey’s casket traveled to a few important landmarks including his Marathon Clothing Store, where he was viciously gunned down by suspect Eric Holder. Insiders say Nipsey’s family wanted to make sure the community got an opportunity to pay respects along the route because many fans will not be able to attend the funeral.

Although an attorney in Massachussetts informed a federal judge on April 5 that his clients received a settlement in a defamation suit against Bill Cosby for denying their stories that he sexually assaulted them, Bill Cosby had nothing to do with it. According to the Hollywood Reporter, Cosby’s spokesperson says the settlement was made by Cosby’s insurer and that the disgraced TV icon himself didn’t know about the seal. “He is not paying anything to anyone,” says Andrew Wyatt. “AIG decided to settle these cases, without the knowledge, permission and a consent of Mr. Cosby.” The Cosby Show star has filed counterclaims against the women for defamation and interference in his NBC and Netflix deals. Says Wyatt: “He is still pursuing his counterclaims. He maintains his innocence.”

Ruth E. Carter, the first African American Academy Award recipient for Costume Design, is currently working on “Coming to America 2.” “The Black Panther” costume designer made the announcement that the long-awaited sequel to 1988’s “Coming to America” by posting photos of herself with Eddie Murphy, Arsenio Hall and her beloved Oscar statuette on Instagram. The caption reads: “Good morning my neighbors. It’s official! Preliminary fittings for Coming to America 2 with Prince Akeem, Semmi and Oscar.” How exciting!