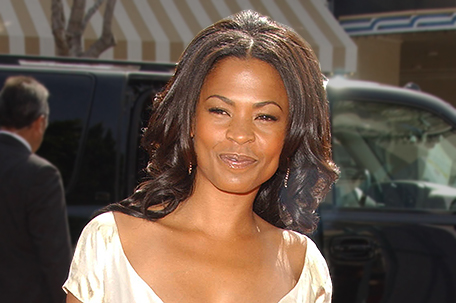 The United Negro College Fund’s (UNCF) “A Mind Is….” Summer Benefit’s two-day Hamptons, New York, extravaganza will take place August 5 and 6. One of the premiere events in the Hamptons, Sirius XM’s Joe Madison will serve a master of ceremonies for the two-day event encouraging cultivation through conversation and celebration. More than 300 community influencers, including Dr. Michael L. Lomax, president and CEO of UNCF, will gather for a good cause – education – at this year’s event. On Saturday, August 5, attendees can enjoy a VIP reception beginning at 5 p.m. at the Silberkleit residence in East Hampton, New York. The weekend events continue with a VIP brunch on Sunday, August 6, hosted by Lyn and E.T. Williams, Jr. in Sag Harbor. Co-chairs for the brunch are celebrity philanthropist/author Jean Shafiroff, William Pickens III and Paula Taylor. For more information contact UNCF at 212-820-0140……….

Actress Nia Long has joined the cast of CBS’ veteran crime drama series “NCIS: Los Angeles” as a series regular. She will be introduced on the ninth-season premiere on Sunday, October 1. Nia, who appeared on this past season’s “Empire,” will play Shay Moseley, the team’s new executive assistant director. The character will fill the void left by the death of NCIS Assistant Director Owen Granger, played on the show for five seasons by the late Miguel Ferrer, who died in January. Long can next be seen in the indie film “Lemon,” which premiered at Sundance. Also, she starred in “Roxanne, Roxanne,” and recently wrapped the Sony feature “Life in a Year”………..

Tongues are wagging that Beyonce’ reportedly hit Tinseltown with a vengeance over the weekend of July 28-30. The superstar songstress and her husband JAY-Z were spotted displaying some rare PDA as they kissed upon entering a Soul Cycle class in Santa Monica, California. Looking amazing after giving birth to twins Rumi and Sir just eleven week ago, Beyonce’ sported one of her body-hugging Ivy Park workout outfits. The next night, she and 5-year-old daughter Blue Ivy attended the FYI Festival where Solange was performing. Mother and daughter watched the show from Solange’s trailer backstage. Aside from wearing a stunning outfit, Queen Bey carried a $1,790 Gucci GG Marmont Quilted backpack and slayed in $550 Stella Mc Cartney shoes………

On Thursday, August 3, Rock & Roll Hall of Famer, Grammy & Oscar winner Darlene Love will appear at BB Kings, located in the heart of New York City’s Times Square to celebrate the life of her good friend, the late Elvis Presley, whom she sang back-up for in the 1960s. Darlene, who celebrated her 76th birthday last week, will also be heading to Germany later this month to headline the annual Elvis Festival. The youthful looking diva maintains her glowing complexion and stays in shape by waking up every morning at 4 a.m. to attend her daughter’s kickboxing class in Greenwich, Conneticut………..