Miss America 1984 Suzette Charles will be the grand marshall for the Celebrate America Parade in Atlantic City on Sept. 7 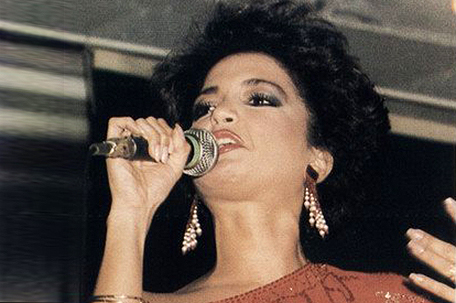 The summer of 2019 has certainly been busy for Tiger Woods’ exes. Back in June, it was revealed that the golf great’s ex-wife and mother of his two children, Elin Nordegren, is pregnant by retired Miami Dolphin player Jordan Cameron. Then, after announcing their engagement on August 23, Tiger’s former flame, World Cup Racing Champion Lindsey Vonn and her fiance, New Jersey Devils hockey player, Pernell-Karl “PK” Subban, were reportedly spotted enjoying a romantic meal at Restaurant Bacaro in Montreal, Canada. PK and his brothers, Malcolm, who plays for the Vegas Golden Knights and Jordan, who is with the Toronto Maple Leafs, are three of 19 Black players in the National Hockey League.

Marvel Studios recently kicked off its D23 presentation with some exciting news. According to The Hollywood Reporter, after some playful banter in which Marvel Studios president Kevin Feige tried to cajole “Black Panther” filmmaker Ryan Coogler into revealing the title or the first act for “Black Panther II,” the writer-director revealed the sequel will open May 6, 2022. D23 comes one month after Feige unveiled Marvel’s ambitious first- Avengers Endgame slate at San Diego Comic-Con.

Crypto Boxers, the first block chain back fantasy video game, is finally ready to enter the ring. Game creator Andrew Gilliam and CEO of Me N Mines Media, has announced October 1 for the highly anticipated coin exchange to be released! Offering crypto tokens issued by boxing professionals, Crypto Boxers will feature real life boxers as collectible tokens for the virtual fighting action on Ethereum. More than just a game however, Crypto Boxers is a diversifying element that will transform the boxing and gaming markets. “Thanks to our partnership with Fight Tyme, we are pioneering new inroads as we bring boxing and crypto-currency together,” cites Gilliam.

Miss America 1984 Suzette Charles will be the grand marshall for the Celebrate America Parade, presented by the Hard Rock Hotel & Casino and sponsored by Pepsi in Atlantic City on September 7. The event will take place on the Boardwalk at 5 pm. A singer, actress and businesswoman, Charles goes for regular runs on the Atlantic City Boardwalk , which is steeped in moments from across the history of the Miss America pageant, as well as her own experiences. The first weekend after Labor Day is the traditional Miss America competition weekend with the Show Us Your Shoes parade. The 2020 Miss America Competition has moved to Mohegan Sun Casino in Connecticut in December.