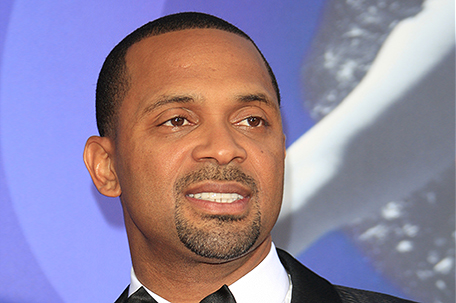 Comedian Mike Epps has been tapped to host the inaugural American Black Film Festival Honors event. This Golden Globe-style awards gala is a salute to excellence in motion picture and television and will be held Sunday, February 21 in Los Angeles, California. ABFF Honors was created as part of the Festival’s global initiative to develop platforms that showcase the work of people of African heritage as well as promote camaraderie amongst multicultural artists in Hollywood………..

Bill Cosby and his former lawyer Martin Singerwill have to give new depositions in Janice Dickinson’s defamation case over her allegations of sexual assault. Last November, the model and former “America’s Next Top Model” judge came out against Cosby telling Entertainment Tonight that he drugged and raped her in 1982……….

“NYC Stands For The Troops” Veterans Day Concert will take place on Wednesday, November 11 at 7 p.m. at The Concert Hall at the Ethical Cultural Auditorium in New York City. A-list performers for this incredible night of laughter, entertainment and fun include Little Anthony, Bettye LaVette, The Manhattan Transfer, Paul Shaffer and a special guest appearance by Judy Collins……..