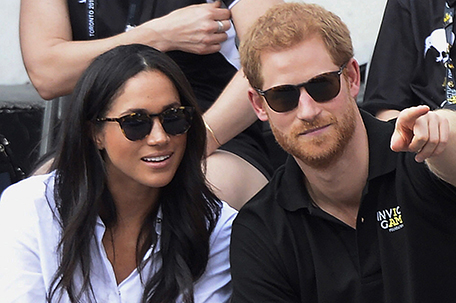 According to reports, Meghan Markle and Prince Harry are really grateful to Tyler Perry for his kindness after he provided them with a home during a complicated time. Says a source: “The Duke and Duchess of Sussex stayed at the entertainment mogul’s $18 million 12-bedroom, eight-bathroom Beverly Hills, California, estate. The former royal husband and wife recently purchased a mansion near their friend Oprah Winfrey’s conclave in Montecito, California, for $14.65 million. However, the Sussexes will never forget Perry’s generosity. Says an insider: “With COVID and as they were stepping back from their royal duties, Tyler gave them a safe haven”……….

In a classic case of “don’t call it a comeback,” comedian, actor and producer Brandon T. Jackson has been quietly building his empire during a seemingly ten year industry hiatus. Jackson, now the CEO of his Kingdom Over Everything (KOE) Studios, has joined forces with Tel K. Ganesan and G.B. Thimotheise , the founders of Kyyba Films, a Michigan based major film production company, to release the hip hop, urban drama, “Trap City.” In the film, Jackson stars alongside Erica Pinkett, Clifton Powell, Juhahn Jones, and others. “Trap City” tells the story of a struggling rapper working as a drop man for a drug kingpin……..

Quarantine Wedding Alert! Save the date! Former NBA star Lamar Odom and his fiancee, Sabrina Parr, recently revealed on social media that they are getting married on November 11, 2021 in Miami. The lovebirds are billing their nuptials as #TheOdomsLastDance. The ex-Los Angeles Lakers player’s relationship with Sabrina is his first serious romance since his divorce from reality star Khloe Kardashian was finalized in December 2015………

Production for TV One’s new original film “Don’t Waste Your Pretty” has concluded in Atlanta, Georgia. Directed by Tamara Bass and written by Katrina O’Gilvie, the movie, based on the novel by Demetria L. Lucas, is slated to premiere in 2021. The Cast of “Don’t Waste Your Pretty” includes Keri Hilson, Deborah Joy Winans and Rainey Branch. “We are thrilled to have successfully completed filming on “Don’t Waste Your Pretty,” remarked Robin Green Arrington, Vice President, of Original Programming and Production. “Though the impact of COVID-19 postponed the start of production, we ultimately got back to work as quickly and safely possible with our long time production partners at Swirl Films.”…..