Megan Thee Stallion and Tory Lanez are stopped by police around 4:30a.m responding to a call that shots were fired from the vehicle 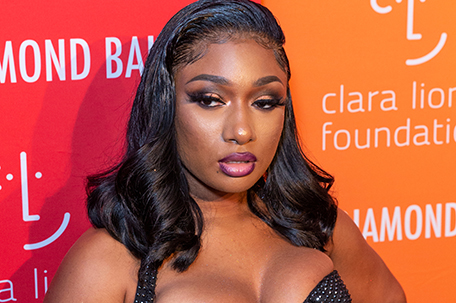 Oh what a night! Sunday, July 12, saw police action for a few celebrities. In Goodyear, Arizona, police arrested Empire actor Bryshere Gray on domestic violence charges after a nine-hour standoff with a SWAT team, according to reports. Gray, who portrayed Hakeem Lyon on the Fox TV drama, allegedly assaulted his wife, who was visibly injured, and also said he strangled her. She escaped from him, then got a ride from someone she flagged down at a Circle K store. He was booked on charges of aggravated assault, assault and disorderly conduct. And, in Los Angeles, after Megan Thee Stallion was seen hanging out with Kylie Jenner in the Cosmetics Mogul’s pool with Tory Lanez, the police stopped the SUV Lanez was driving hours later, around 4:30a.m., after police responded to a call that shots were fired from the vehicle. Megan and another woman were in the car with him. The Grammy winning raptress had a cut on her foot believed to be from broken glass on the car’s floor. Lanez was arrested and booked for carrying a concealed weapon without a license……..

Gabrielle Union is getting back into the beauty industry by relaunching her Hair Care Line, Flawless By Gabrielle Union. To develop the new version of the products, The LA’s Finest star teamed up with her friend and personal hairstylist, Larry Sims, who is a very nice guy, to create the “perfect blend” of high quality affordable products for all types of textured hair.” Union’s husband, retired NBA superstar, Dwyane Wade, gave her a shout out on Instagram, posting “Let’s go O Natural!” Flawless By Gabrielle Union is set to drop on Amazon, Monday, August 3………..

Mary J. Blige is among the actors in the ensemble cast of the upcoming “Power” series sequel, “Power Book II: Ghost!” In the new teaser trailer for the show, Tariq St. Patrick must help his mother. Tariq, portrayed by Michael Rainey Jr., is attempting to keep his mother Tasha (played by Naturi Naughton) out of jail after she faces charges for a murder that he committed. The new show will premiere on Starz in September……..

Entrepreneur Janice McLean DeLoatch has launched the Black Shopping Network. An entrepreneur for almost three decades, DeLoatch began her first business in her late teens opening a beauty school to rave reviews in the news media. On July 7, which was Blackout Tuesday, Janice announced: “I am launching not just a shopping website- there are plenty of those out there- I am launching a new totally unique small minority business development platform coupled with a state of the art marketing and shopping service, The Black Shopping Network.” Through data analytic modeling, the Black Shopping Network will align shoppers’ needs with merchant products and services to exceed merchant revenue expectations…….