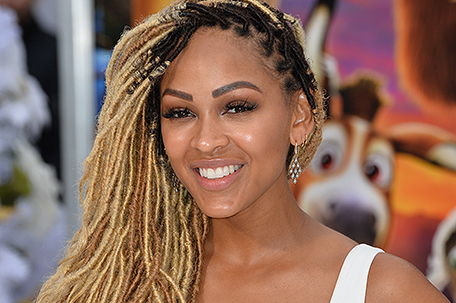 Academy award-winning actress Lupita Nyong’o is making another scary movie. She appeared in Jordan Peele’s horror thriller “Us” in 2019, and is now reportedly in final negotiations for the lead role in “A Quiet Place: Day One,” a spinoff movie based on 2018’s “A Quiet Place” and its 2021 sequel “A Quiet Place Part II”, according to multiple outlets such as Deadline and The Hollywood Reporter. According to People, the film’s director, Michael Samoski, tweeted out, “Finally get to share some exciting news about @Lupita_Nyongo.”

Actress Meagan Good will appear in the upcoming three-part docuseries “The Black Beauty Effect”, set to premiere on Nov. 25 on the Black Experience, an Xfinity channel. From creator and executive producers Andrea Lewis, and executive producer Emmy nominee CJ Faison, Jackie Aina and Kahlana Barfield Brown, the docuseries will spotlight the social change that has taken place in the beauty industry, as told from the perspective of the successful Black women who galvanized it. Stated Good, “I’m so excited about the release of this documentary and humbled to be a part of it.”

According to various reports, Siohvaughn Funches, who is Dwayne Wade’s ex-wife, and the mother of two of his four children, Zaire, 20, and their transgender daughter, Zaya, 15, has filed a petition to stop the teenager from legally changing her name from Zion to Zaya and her gender to female. The retired NBA superstar signed the document for the change, but Funches did not. According to several outlets, Funches alleged in court documents obtained by Us Weekly, “I have concerns that (Wade) may be pressuring our child to move forward with the name and gender change in order to capitalize on the financial opportunities that he has received from companies, and will receive based upon his statements to me, on the basis of our child’s name and/or gender change.” Zaya recently shot a campaign for Tiffany & Co., in which she modeled the Tiffany lock bracelet. She has also modeled in i-D and Teen Vogue magazines. In the documents, Funches alleges that Wade told her in April that “a lot of money had been already made” in relation “to our child’s name and gender issue.” She wants Zaya to be able to make the decision when she is older. Wade and his wife Gabrielle Union have been very supportive of Zaya’s decision since she began her transition.

There are very few Black-owned Beauty Supply Stores, but this one is celebrating 30 years in business!

‘I can’t be the only one’: Docuseries on ‘Women Who Rock’