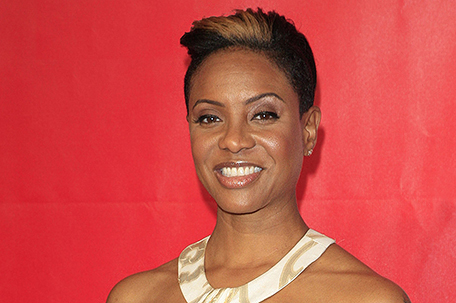 Congratulations to MC Lyte. The iconic raptress recently married Marine Corp veteran/entrepreneur John Wyche in a sunset wedding on the beaches of Montego Bay, Jamaica. The intimate nuptials took place at the Sandals Royal Caribbean Resort and according to reports, MC Lyte, whose real name is Lana Moorer, walked down the aisle to reggae congo music. Her friend, songstress Kelly Price serenaded the newlyweds. Said Lyte: “It was so beautiful, and a fairytale. I got my King!” Guests included Slick Rick, YoYo, Lil Mama, beauty commentator Tai Beauchamp and Coko of SWV………..

Tickets went on-sale August 3 for 11-time Grammy nominee, Charlie Wilson’s acclaimed “In It To Win It” Concert that will travel to six U.S. cities between October 20-October 29, 2017. “In It To Win It” is the title of Wilson’s latest chart-topping album, released February 17, 2017. Says Uncle Charlie: “I am excited about continuing my tour and being on the road with my friends Anthony Hamilton and La’Porsha Renae. As usual, folks should come prepared for a party. I am looking forward to performing my new singles, “Good Time” and “Smile.”………….

September 2017 marks the 30th anniversary of Paisley Park’s inception. The newly former PRN Alumni Foundation, a non-profit 501 c13 (approval pending) organization whose members are former employees of Paisley Park and the late international icon Prince. The group’s mission is to continue the generosity of their late boss who supported opportunities for underprivileged youth to grow in music, arts and education………