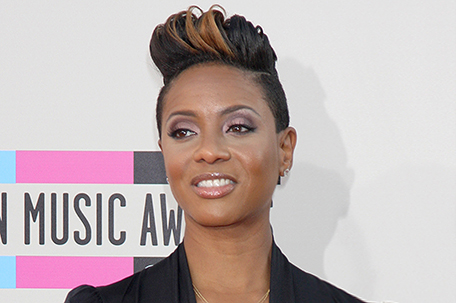 Rapper Craig Mack, who was the first artist signed to Sean “Diddy” Combs’ Bad Boy label, passed away on Tuesday at the age of 46. Mack, who along with the Notorious B.I.G., were Puffy’s premiere acts’ 1994 smash hit “Flava in Ya Ear” was the hit of that summer. While some reports claim the retired rapper was in South Carolina filming a documentary this past week and died of heart failure at a hospital in Waterboro, South Carolina; later reports say he died of natural causes at home. Tweeted LL Cool J: “Rest in power Craig. May the almighty embrace your soul and lift up your family and friends. It was a pleasure to know you and rock with you.”…………

Changing one’s religion for marriage may seem like an old-fashioned ideal- but with the British royal family, old-fashioned is what makes them what they are, says Vogue.com. Multiple outlets have reported that Meghan Markle was baptized into the Church of England by the Archbiship of Canterbury last weekend. She was then confirmed immediately after. On March 12, the bi-racial future princess stepped out alongside Prince Harry and soon to be in-laws Duchess Kate and Prince William at the Commonwealth Day event in London. The event also marked her first public appearance with Queen Elizabeth II..……..

Congressman Hakeem Jeffries (D-NY) concluded his celebration of Women’s History Month on the House floor honoring the best female MC collaborations of all time. These extraordinary “femcees”, “along with legendary pioneers like Queen Latifah, MC Lyte and Salt-n-Pepa shattered Hip Hop’s glass ceiling with their skill, talent and lyrical ability,” said Congressman Jeffries. “As we celebrate Women’s History Month in the U.S. Congress, they are worthy to be praised.”  The top 10 list includes Nicki Minaj, Missy Elliott and Lil Kim…….

Tongues are wagging that Jay-Z and Beyonce’ announced dates for their “On the Run II” stadium tour, according to Variety. Kicking off Wednesday, June 6 in Cardiff, UK, the international outing will stop in 15 cities across the UK and Europe, with the 21-date North American leg beginning July 25 in Cleveland. The tour is presented by Live Nation Global Touring in association with Beyonce’s Parkwood Entertainment and Jay’s Roc Nation………..