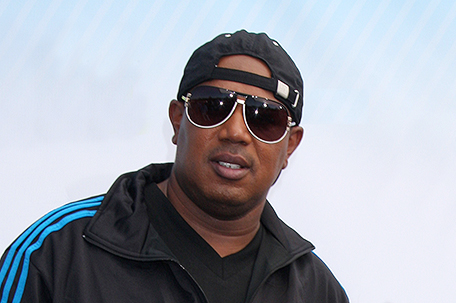 New couple alert! The crowd at WDKX’s Summerfest Concert in Rochester, New York, got a second show on July 9th as they watched Nick Cannon share PDA with Rozonda “Chilli” Thomas. TLC performed at the concert in upstate New York. Cannon flew in from Chicago, were he participated in a Black Lives Matter rally. Says a source: “He watched Chilli as she performed. They are definitely together. It looked serious.” Cannon is currently in divorce negotiations with his estranged wife, Mariah Carey.……….

Dr. Tiana Von Johnson, the millionairess who has blessed countless students with her million dollar ideas, has joined forces with Percy Miller aka Master P, whose business endeavors in the music industry have amassed close to a billion dollar empire. On Friday, July 22, the mogul/entrepreneur/rapper/actor/investor/author/filmmaker/record producer & philanthropist, will be dropping pearls of wisdom from his “5 P’s To Wealth”…..Power, Profit, Promotion, Passion & Prosperity’” in Master P’s Master P’s Master Class at a private NYC location. Register at Masterpmasterclass.com………..

According to “Variety”, Noah Media Group and Greenlight are developing a documentary movie about the life of soul musician Marvin Gaye Marvin, What’s Going On? The pic, which centers on Gaye’s creation of his seminal 1971 album  “What’s Going On,” marks the first time that his children, Nona, Marvin III and Frankie Gaye, along with his former wife, Janis Gaye, have supported and contributed to such a project. The film, slated to go into production this year, will be “the defining portrait of this visionary artist and his impeccable album, “ according to a statement from the film’s producers……..

A triple-threat fireball of talent, who sings, dances and acts, the gorgeous Jaja Couture, is in the elite club of the likes of Beyonce’ and Mariah Carey, where she writes and sings all of her own music. Combining soulful sounds of R&B with contagious Hip-Hop beats, Jaja’s latest offering, the remix of Drake’s “Controlla: Let Me Know” is on the fast track to become the hit of the summer, while her “Don’t” remix by Bryson Tiller, has garnered 28.4 thousand views on Facebook………..

Grammy nominated recording artist, actress, entrepreneur, fashion designer, Kierra Sheard, is preparing to hit the road on a self-titled solo tour, with an all girl band. After releasing her latest project, the critically acclaimed, “LED EP,” Sheard is eager to get back on the road and give her supporters more of the positive, inspiring, yet edgy and bold, Christ-centered music that she is known for. The tour hits the road this month, with the first date taking place in Kierra’s hometown of Detroit and culminating in October. Stops along the way include Chicago, Atlanta, Nashville, and New York………