Mary J. Blige has put her multi-acre estate in Saddle River, New Jersey on the market 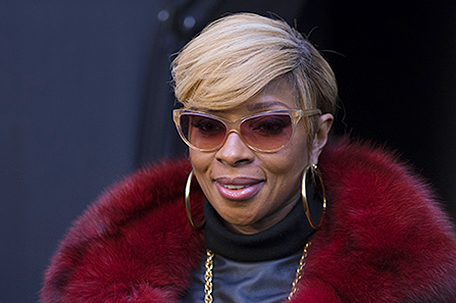 It looks like Mary J. Blige is on the move. The Queen of Hip Hop Soul has put her multi-acre estate in the upper crust community of Saddle River, New Jersey on the market for $13 million. The 16 room mansion has eight bedrooms, 10 full and three half-bathrooms, several living rooms and an elevator that services all three floors……..

“Parallel Lives,” a theatrical performance directed by Nona Hendryx and featuring an international roster of contemporary vocalists, is a global tribute to ‘Lady Day’ and the ‘Little Sparrow.” The play will have two performances on Sunday, November 29 at 7:00 p.m. and 9:30 p.m. at Joe’s Pub, 425 Lafayette Street, located in NYC’s East Village. The show tells the story of Billie Holiday and Edith Piaf, two women born in the same year, on different shores who led similar careers, but never met. The show’s producers include Hendryx, who also stars in it and the multi-talented Mira Gandy………

According to “Variety,” “Murder Town,” a legal drama to be executive produced by Jada Pinkett Smith, has landed on ABC as a pilot. Pinkett Smith will star as a beautiful and complicated prosecutor who makes history as Wilmington, Delaware’s first African-American District Attorney. She finds herself confronted by old loyalties and loves, a shocking revelation about her murdered husband and a polarizing racially charged case that threatens to burn her and her city to the ground……….

The Women in Entertainment Empowerment Network (WEEN) will present the Fifth Annual WEEN Awards on Wednesday, November 18, recognizing individuals with a proven commitment to the empowerment of women worldwide. The milestone celebration coined as an evening of glamour, philanthropy and stars, will be hosted at the historic Schomburg Center for Research in Black Culture. The honorees this year include actresses Regina Hall and Naturi Naughton, journalists Cari Champion and Rocsi Diaz and TV executive Tiffany Smith………

Word on the curb is Tia Mowry helped T.J. Maxx, Marshalls and Home Goods bring holiday cheer to those in need by drumming up donations for their partnership with local Food Banks across the country…….