Mary J. Blige and Griselda rapper Conway The Machine were spotted together 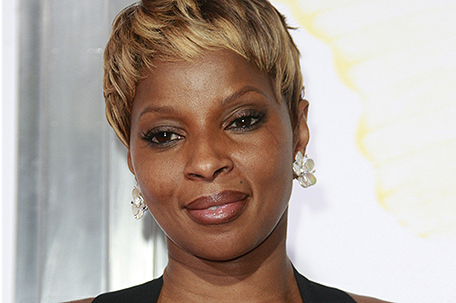 Although Mariah Carey is no longer listed among the roster of artists on Roc Nation’s website, the multiple Grammy award winning songstress denies reports that she and Jay-Z departed ways following an “explosive” meeting. Insisting that things are still good between her and the business mogul, Carey posted on Twitter, “The only explosive situation I’d ever get into with Hov is a creative tangent, such as our #1 song Heartbreaker. To the people who make up these lies! Say Poof! Vamoose!”  A source close to the situation reportedly said, “Mariah’s relationship with Roc Nation ended amicably and Mariah and Jay-Z are on great terms.”…..

Taraji P. Henson will be starring in NBC’s holiday production of “Annie Live!,” according to Variety. The Academy Award-nominated actress will play the orphanage’s cruel manager, Miss Hannigan, who hates all children but especially Annie. “Carol Burnett, who brought Miss Hannigan to life in the classic 1982 movie is someone I have studied and idolized as far back as I can remember,” Henson said. “Carol, I hope to do you proud.”……….

Hot new couple alert! Sources say that Mary J. Blige, who has been divorced from Kendu Isaacs since June 2018, may be making time with Griselda rapper Conway The Machine. The duo were spotted together twice the week of May 31, 2021. First, after Mary’s induction into the Apollo Theater Walk of Fame, the Buffalo, New York emcee posted a photo of he and Blige on Social Media with hashtags that included a Heart Emoji and the word “Mines.” Later in the week at an album release party for the late DMX’s new record, after observing a diamond-filled chain The Machine was wearing, the Queen of Hip Hop Soul, reportedly was overheard telling Swizz Beatz, “I’ve always wanted a chain that thick,” which prompted Conway to give her the $100,000 chain right off his neck with no hesitation. Later that night, photographs were posted of the two of them dancing hand-in-hand to one of his new songs from his upcoming solo album……….

Crystal Tamar displays her love for nostalgic, soulful R&B with the release of the studio version of “Serenade,” which was released June 4, 2021. Produced by Christopher Duncanson and Michael A. Gordon, the third single, from her self-titled EP is a tribute to the old school, stripped-down soul classics that inspired the Houston-bred songstress. The music video will be released on June 17. …….