Mary J. Blige and Faith Evans are denying that they had some sort of fisticuffs 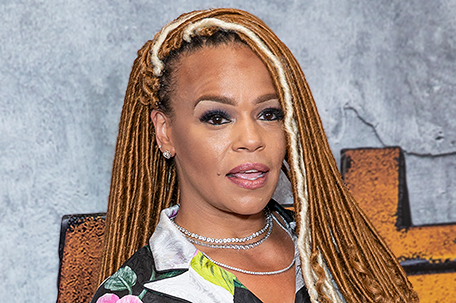 Despite a flurry of tweets earlier this week, both Mary J. Blige and Faith Evans are denying that they had some sort of fisticuffs at an alleged New York fashion week party at Sean “Diddy” Combs’ East Hampton estate. In fact, everyone involved, including His Diddyness, deny a party even took place. A rep for Evans, who recently married producer/Love & Hip Hop star Stevie J says: “We have no idea how this rumor started. Puffy didn’t even have a party.” Also, Faith was at Newport Beach at the time of the party, and at the Dennis Basso Fashion show on September 10, Oscar nominee Mary told a Page Six reporter: “Of course that was made up. I was shooting a movie in Louisiana….I just got here today.” Meanwhile, Puffy’s rep says: “The story is completely fabricated.”…….

According to reports, Gayle King was missing from September 10th’s CBS This Morning after attending a wedding in Europe, but when she returned September 11 she didn’t hold back from commenting on the recent developments involving former CBS CEO Les Moonves who stepped down September 9 after more women came forward with sexual misconduct claims against him. Sources say Gayle took offense with the fact that CBS won’t release the results of its investigation against Moonves…….

Multi-millionaire African-American real estate developer/philanthropist Don Peebles and his wife Katrina Peebles, along with their daughter Chloe, a competitive junior equestrian on the First Blue Show Circuit, saddled up with Rolls-Royce, Goldman Sachs and Georgina Bloomberg raising nearly $50,000 to benefit “Give Back for Special Equestrians” at a Bridgehampton, New York, benefit in support of children and veterans with disabilities. The summer soiree was held at the stunning Peebles’ estate against an opulent backdrop of serenading Juilliard School violinists and 2018 Rolls Royce Motor Cars. A lively mix of celebrities, elite equestrians, Hamptons residents, and business executives celebrated the power of horsemanship and the unique ability horses have in healing the mind, body and spirit………