Martin Lawrence recently proposed to his girlfriend Roberta Moradfar with a $500,000 engagement ring 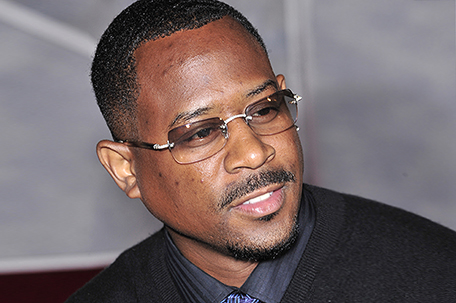 Tongues are wagging that Martin Lawrence is headed to the altar for the third time. The popular superstar recently proposed to his girlfriend Roberta Moradfar and presented her with a $500,000 engagement ring. The lovely lucky lady posted a shot of her humongous emerald cut diamond and platinum ring on instagram with the caption: “This is going to someone special. “Proposal #Love #Beverly Hills #Custommade #Iconic jewels and other endearing expressions. Lawrence’s first two wives were Patricia Southall, who is now married to football great Emmitt Smith. She and Martin have a daughter, Jasmine together. His second wife was Hollywood Exes star Shamicka Lawrence. They have two daughters, Iyanna and Amara  …………..

According to the New York Times, “America’s Got Talent’s” new host, Tyra Banks has put her apartment in downtown New York City on the market for $17.5 million. Banks paid a little more than $10 million for the apartment in 2009, but since she has been spending more time in Los Angeles, the creator of “America’s Next Top Model,” has been reportedly renting the posh pad for $50,000-a-month since May 2015. Banks told the Times that she “will miss the feeling of having a home on the sky.” The 7,000-square-foot home is a combination of four different apartments on the 22nd and 23rd floors. It boasts five bedrooms, five bathrooms and “several kitchens and kitchenettes.”……….

A boldface lie has been making its way around the web claiming that Mathew Knowles, Beyonce’ and Solange Knowles’ father, held a silent auction to sell his superstar daughter’s memorabilia to pay off his debts. Mathew’s representative, Angelo Ellerbee,  sent out a statement saying that “no such auction occurred nor was ever planned or scheduled. “ The statement continues, “Nor did Mathew ever participate in or engage anyone to hold any type of auction to sell or auction off such items. No more! Tabloids and magazines have to be made accountable for their false publications,” Knowles said………

The Apollo Theatre in New York City will gather artists, activists, and leaders from around the globe for the return of the “WOW-Women of the World Festival,” a four-day festival presented in collaboration with the Southbank Centre London on May 4-7, 2017. Highlights of the Apollo 2017 WOW Festival include: a tribute to civil rights activist and legendary songstress Abbey Lincoln in collaboration with the John F. Kennedy Center for the Performing Arts, featuring Dee Dee Bridgewater, Dianne Reeves and Esperanza Spalding under the direction of Terri Lynne Carrington……..