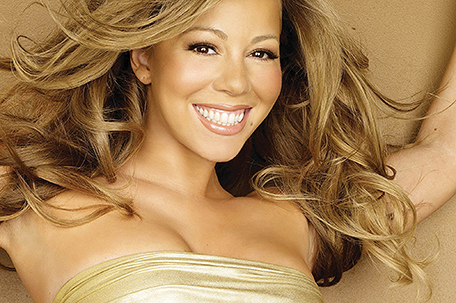 May 22, 2015 Category: Go With The-Flo Posted by: Philadelphia Sun Staff

Mariah Carey blamed bronchitis for forcing  her to cancel her May 13 show in Las Vegas – but the trouble goes beyond her lungs, according to sources.  The 46 year-old diva allegedly hadn’t adequately prepared before opening her two-month Caesars Palace gig called Mariah#To Infinity, on May 6.  “Mariah simply didn’t rehearse enough before starting this many concerts and now she’s feeling it,” said a source.  Sources say she hardly walks during the show.  Mariah is always being wheeled out on some prop. Sources say perhaps the lack of rehearsal time contributed to the lack of dance routines in the show……..

According to reports, Patti Stanger has opened up about James Freeman, Kenya Moore’s supposed to be boyfriend, whom she introduced to the “Real Housewives Of Atlanta” star on her Bravo TV Show, “Millionaire Matchmaker.”  Stranger told Extra:  “He was single when he shot the show which was in November. They basically dated. They broke up. He did not date his old girlfriend and marry her.”  Stanger went on to say that television host Wendy Williams got that information wrong when she reported it on her show.  Stanger says that Freeman met a new girl in January and he ended up marrying her very fast.  Stranger then tweeted out that this may be a scam and Freeman may not be married! ……….

Although Rihanna and Leonardo Di Caprio have been dodging romance rumors since the beginning of this year, a new report claims Rihanna received a huge bouquet of roses along with an “I love you” balloon on May 12, shortly before hitting the town with Di Caprio. The gifts reportedly arrived at Rihanna’s doorstep in the Big Apple via a fancy limousine – which gives another clue that they may have been sent by the incredibly rich actor.  Later that night, the pair were spotted partying it up the Up and Down nightclub……….

Bill Cosby finally broke his silence,  but didn’t have anything coherent to say, regarding sexual assault allegations, in an interview with “Good Morning America” on May 15.  “I have been in the business over 52 years and I have never seen anything like this,” he said. “Reality is the situation and I can’t speak.”  The comedian was there to promote the Black Belt Community Foundation, a non-profit organization that aims to improve education for children in high-poverty counties near Selma, Alabama. Cosby says that he still has a lot of ideas that he would like to put on television………..

Michael Harrison, David Ian and Nederlander Presentations, Inc. announced the North American tour of the hit musical “The Bodyguard.” Directed by Thea Sharrock, the tour will launch in the fall of 2016. Grammy Award–nominated, multi-platinum R&B/pop recording artist and actress Deborah Cox will star as Rachel Marron. Additional casting and tour cities will be announced at a later date………