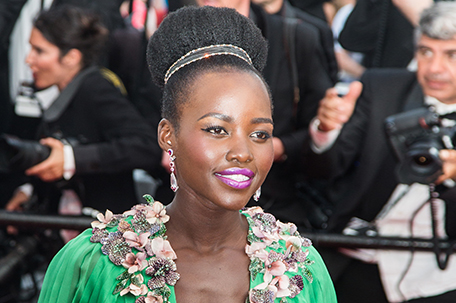 May 31, 2019 Category: Go With The-Flo Posted by: Philadelphia Sun Staff

Enroute to Paris, France, to play in the French Open, on May 21, Serena Williams, her husband, Alexis Ohanian, and their daughter Alexis Olympia Ohanian, Jr, reportedly stopped off in the United Kingdom to meet up with Meghan Markle, Prince Harry and little baby Archie. According to the Daily Mail, Serena and her family were among just a few of the first non-royals to meet baby Archie. Although Williams didn’t post any photos of the little bundle of joy, the 23-time Grand Slam winner did post a photo of herself posing in a royal looking stateroom before heading to Paris where she won the first round of the French Open………

Tony award nominated costume designer Emilio Esosa has costumed the all-Black production of Shakespeare’s “Much Ado About Nothing,” that is currently in previews at the Delacorte Theater in New York City’s Central Park. Directed by Tony award winner Kenny Leon, the staging of the beloved comedy officially opens on Tuesday, June 11 and runs through Sunday, June 25. Discovered by director George A. Wolfe, Emilio designed his first Broadway show, “Topdog, Underdog.” His other credits include “On Your Feet,” “Motown: The Musical,” “Porgy and Bess” and “Lady Day” at Emerson’s Bar and Grill……….

Attorney and former record industry executive Wendy Credle, is one of the executive producers of the new OWN series “To Have & To Hold: Charlotte,” which premieres Saturday, June 1 at 10 pm ET/PT. The hour-long unscripted series from Truly Original is a candid look inside the lives of five high-powered African American couples in Charlotte, North Carolina. “To Have & To Hold: Charlotte” follows the real challenges couples face, from financial stress, to issues with intimacy, to the ups and downs of parenthood……….

BookExpo 2019 kicks off this week at the Javits Center.  As usual, a number of celebrities will make their way to various literary stages. Academy Award winner Lupita Nyongo’s debut children’s book entitled “Sulwe” has the literary community buzzing.  The literary diva Vanesse Lloyd-Sgambati who is always on point will host a children’s award-winning panel on the status of juvenile picture books in her annual “Spotlight on African American Children’s Books” at the expo.  Authors Tami Charlie, Derrick Barnes and ABC’s Linsey Davis will join illustrators Jerry Pinkney and Vashti Harrison, who is also the illustrator  of Lupita’s book, to talk about the importance of picture books as well as showcasing their new books.

The evening will be capped off with an annual celebration of who’s who from the global children’s literary community called “Gatherings” sponsored by Wells Fargo, The Literary Media and Publishing Consultants, and I TOO Arts Collective.  The collective has been hard at work in saving the Langston Hughes house in Harlem.