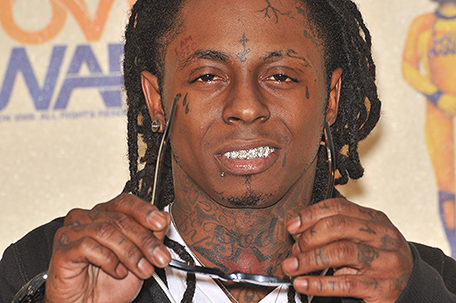 Fans of Chicago Med star Marlyne Barrett will recall emotional scenes the actress filmed in 2019 when her character nurse Maggie Lockwood, was battling breast cancer. People is reporting that Barrett revealed that she has been quietly facing cancer herself, ever since doctors discovered a football-sized tumor on her uterus and left ovary in July. Barrett, who is also known for her role on “The Wire” as Nerese Campbell from 2006 to 2008, underwent aggressive chemotherapy before an eventual hysterectomy. Throughout her physical discomfort, the actress has worked steadily, leaning on her Chicago Med cast and crew for extra support when needed……..

Lil Wayne is looking to make a big profit from the sale of his waterfront Miami Beach mansion, according to the Real Deal. The Grammy award-winning rapper, whose legal name is Dwayne Michael Carter, listed the seven-bedroom, nine and two -half bathroom house for $29.5 million. In 2018, Lil Wayne paid nearly $17 million for the estate. The mansion also boasts a movie theater, a wine cellar and a great room with 22-foot ceilings……..

In recognition of National Domestic Violence Awareness Month, the #1 Urban Stage play, Man Of The House will play at the SoHo Playhouse in New York City, every weekend in October (Saturday and Sunday only) beginning  October 1 -October 30. The play stars celebrated recording artist Monifah, Pretty Ricky, C. King and A’ndre Davis, among others. Man Of The House is also written and produced by Davis. In an interesting plot twist, the male character is the victim of domestic violence…….

Former President Barack Obama sat down with Klick Group co-founder Leerom Segal at the Klick Ideas Exchange 2022 at Duggal Greenhouse in Brooklyn, New York on September 22. Obama discussed the state of healthcare, the most critical qualities for being an effective leader and the effects of social media. The conversation also addressed one of Obama’s key legislative accomplishments: the Affordable healthcare coverage to millions, and weighed in how America has changed since he was elected to his first term in 2008……