Lee Daniels’ “Star” may not be returning for another season, but the show isn’t totally done 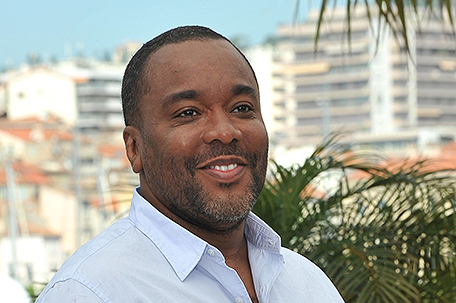 #NissanDiversity recently was one of the top sponsors of the National Museum of African American Music’s “Celebration of Legends” gala, which took place Thursday, June 27, at the Music City Center’s Karl Dean Ballroom in Nashville. The gala celebrated African American musical and cultural figures who have made significant contributions to American music across all genres. George Clinton, Doug E. Fresh and Gloria Gaynor were presented with the “Rhapsody & Rhythm” award. “The Rhapsody and Rhythm honorees span the breadth of African American music, representing disco, hip hop and funk,” said NMAAM president and CEO H. Beecher Hicks III. “Even the museum’s tagline, “One Nation Under A Groove,’ is an homage to George Clinton and Parliament Funkadelics’ quintessential song.”

The family of Nelson Mandela is teaming with Michael Singer and ad agency DMA United to form a new company, Mandela Media, designed to honor the legacy of the anti-apartheid political leader, says the Hollywood Reporter. Mandela Media — which will be run by his family — will create long-and short-form content and branding initiatives that explore topics including freedom, forgiveness, voices of the underdog, radical inclusion and equality, gender equality, mental health awareness and social justice. “My father spent his life fighting for freedom and equality,” Makaziwe Mandela said in a statement. “My family and I are very excited to partner with Seyan 23 on Mandela Media.”

According to reports, Lee Daniels’ “Star” may not be returning for another season, but the show isn’t totally done. The Academy award nominated director announced on social media that he will wrapping the FOX series up with a “movie of the week.”

“We’re going to make something real special for you to scream about with all of our cast members – even the dead ones,” he posted.  Lee teased that the finale movie will be a “two -hour GAG.” Daniels promises that the original cast will be returning for the TV flick including Ryan Destiny, Brittany O’Grady, Jude Demorest, Queen Latifah, Brandy, Amiyah Scott and Quincy Brown.

New York philanthropist/author Jean Shafiroff and her husband, Vice Chairman of wealth management and investment banking from Stifel, Martin Shafiroff, hosted over 125 guests at their beautiful Southampton home on June 29 at the launch reception for the Stony Brook Southampton Hospital’s 61st Summer Party. Among the many notable guests were: New York State Assembly Member, Rebecca A. Seawright, Managing Partner of Fernbrook Capital Management and former executive at both Saks Fifth Avenue and Harrods, Marigay McKee and her husband CEO and Managing Director of General Atlantic, a global equity firm, and others. Says Jean Shafiroff: “Stony Brook Southampton Hospital is the only hospital on the East End that provides first class healthcare service to our community. It also operates the only Emergency Department on the South Fork and treats all patients 24/7, 365 days of the year.” Jean and Martin Shafiroff are the honorees at the Stony Brook Southampton Hospital’s 61st Summer Party. Jean has also recently joined the hospital’s board as a trustee.