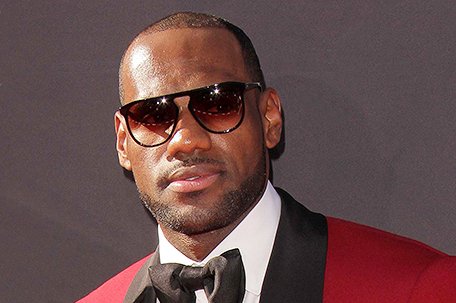 According to the bible of real estate publications, “The Real Deal,” LeBron James is in a contract to buy a mansion in Beverly Hills, California from the estate of “The Bold and the Beautiful” and “The Young and the Restless” co-creator Lee Phillip Bell for $39 million. The estate sits on a 2.5 acre plot and boasts seven fireplaces, a pool house with three bathrooms, lighted tennis court and screening room. This is the third Los Angeles County mansion purchase for the NBA superstar, who signed a $154 million four-year deal with the Lakers. James also bought two homes in the posh Brentwood area of LA for $23 million and $21 million each, and has been reportedly looking at a $90 million parcel of land owned by the estate of billionaire Paul Allen…..

On July 2, the board of directors of Ebony Magazine agreed to a leadership change and the removal of Chief Executive Officer Willard Jackson, Jr. Several weeks ago, the board commissioned an independent inquiry into a number of transactions led by Mr. Jackson, and the investigation is ongoing. “As we approach Ebony’s 75th anniversary, now more than any other time since the Civil Rights movement, Black people need a medium to express their voice and record this historical moment,” said John C. Robinson, an Ebony director. Mr. Jackson is a partner in CVG Group, which purchased Ebony in 2016. Ebony will be 75 years old on November 22, 2020………..

Usher has released the video for his new song, “I Cry,” which spotlights the work of renowned civil rights photographer Gordon Parks, according to sources. The Atlanta-based crooner released the song last week and said it was inspired by wanting to teach his sons that it is okay for a man to feel emotions and to cry. Usher, who also directed the video, has committed to donating record proceeds to his local Initiatives Support Corporation, a nonprofit that invests in underserved communities and communities across the country……..

Following the recent launch of the Juneteenth Image Capsule (JIC) campaign — a future forward all-digital movement designed to comprehensively celebrate Black culture and Blackness — the next phase will continue with the release of the inaugural blacklist 100 — curated by media executive, author, Columbia University lecturer and JIC creator Kai D. Wright, the Blacklist 100 is a unique digital book spotlighting and celebrating 100 Black culture -makers and thought-leaders across various industries…

John Legend and wife Chrissy Teigen buy $14.1 million for a family-sized residence in the Beverly Hills

CBS has ordered from LeBron James “Million Dollar Mile,” a series that gives everyday athletes an opportunity to win $1 million