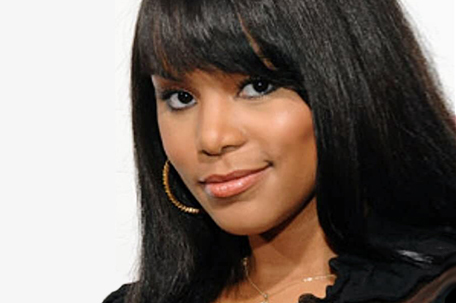 May 6, 2022 Category: Go With The-Flo Posted by: Philadelphia Sun Staff

Le Toya Luckett, Romeo Miller, and Keith David star in “A Miracle Before Christmas” by writer and director LazRael Lison. In the feel-good love story about redemption, Luckett plays Mercedes Wright, a famous, fast-talking relationship therapist. The latter has all the answers to fixing everyone else’s marital issues but is challenged by problems faced with her husband (Miller). With help from an angel (David), Mercedes uses holiday season magic for a Miracle Before Christmas. Currently shooting in Los Angeles, the film is executive produced by Marlon D. Haynes with casting by Dea Vise.

It was the stuff dreams are made of! Vogue reports a surprise proposal took place at the May 2 Met Gala in New York City. Laurie Cumbo, the commissioner of New York City’s Department of Cultural Affairs, got engaged to her partner, former New York State Assembly candidate Bobby Digi Olisa. Amid all the glamorous action around them, Digi Olisa suddenly dropped to his knee and asked Cumbo to marry him as they were walking up the steps. Everyone on the tricolored carpet cheered, while Cumbo, who was appointed by NYC Mayor Eric Adams, later told “Entertainment Tonight” that she had no idea this was going to happen. “I didn’t know it was going to happen tonight,” she said. “We’ve been through so much and this is such an honor, and this is such a blessing.” In 2018, 2 Chainz also proposed to his longtime girlfriend, Kesha Ward.

The Brooklyn Center for the Arts’ 2022 Virtual Gala Presentation will take place May 6 at 6 p.m. and will run throughout May on the BCA Youtube channel and website and BRIC Cable Channel: Spectrum 1993, Optimum 951, and BFS HD Channel online at: www.bricartsmedia.org/HD. This event includes performances by artists and students who have performed with Alvin Ailey 2, American Ballet Studio Company, School of American Ballet, and so much more. American Ballet Theater principal dancer and dance icon Misty Copeland, who recently had a baby, is the guest speaker.

Houston, Texas Mayor Sylvester Turner proclaimed May 2 as Megan Thee Stallion Day, a day that coincided with the rapper’s grandmother and late mother’s birthday. According to reports, Megan is very active in her hometown community. When the coronavirus pandemic put the world on pause, Megan partnered with companies to provide assistance to the elderly in Houston. The following year, she launched her nonprofit, Pete and Thomas Foundation to honor her parents. Recently, Meg surprised three people with $5,000 each for education, wellness expenses, and housing.

One night only: David Banner and Romeo Miller star in “Never Heard”