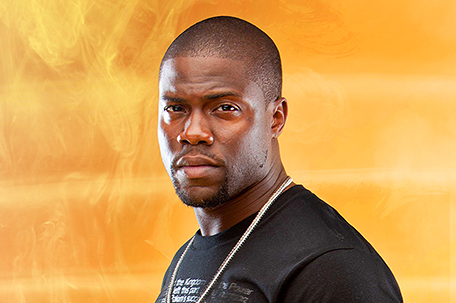 Guests who were invited to Dwayne Wade and Gabrielle Union’s August 30 wedding in Miami were told to meet at the Fountainbleau Hotel on South Beach. From there, they were taken to an undisclosed location. Furthermore, the couple required that all guests including relatives, vendors and caterers, sign confidentiality agreements upon arrival. They were also instructed not to bring cell phones or cameras to the nuptials in South Florida. According to the agreement, violators will pay a hefty cash fine for unspecified damages………

Oprah Winfrey has been cast to play Richard Pryor’s grandmother, a cruel and abusive lady pimp, in the upcoming biopic directed by Lee Daniels. Pryor’s widow, Jennifer Lee, tells TMZ that Oprah got a hold of the script and was desperate to play Marie Carter…..the woman who was known to beat him. Mike Epps will play Richard Pryor…….

Tongues are wagging that Kevin Hart recently kicked off his annual Hart Beat Weekend in Atlantic City in grand fashion to sold-out crowds. On hand to enjoy the weekend of comedy shows, concerts and parties were Ne-Yo, Kevin Jonas of the Jonas Brothers, accompanied by his wife, Danielle, August Alsina and Sevyn Streeter. The comedian and his signature event will take over Las Vegas September 5 and 6. During the stop in Sin City, Kevin will be honored with the key to the city from Mayor Carolyn Goodman, and September 5 will be renamed Kevin Hart Day……..

Duracell launched its new NFL campaign revealing its power behind game day through an interactive tour at Met Life Stadium in New Jersey on August 27. Actor Taye Diggs and New York Giant Jon Beason gave a behind-the-scenes tour showing how Duracell powers the NFL with more than 650 batteries per game from the national anthem to the game -winning play call!…….

Off Broadway producer/Director Sheff Stewart, breathes new life into a forgotten story. “Cindy,” the 1978 television special, loosely based on “Cinderella,” lives again. The director has adapted the musical from the small screen to the big stage at Porter Sanford III Performing Arts Center in Decatur, Georgia, for a one-night only performance, Wednesday, September 10 at 8:00 pm. The three-time Tony award winner Hinton Battle will play the role of Cindy’s father…….