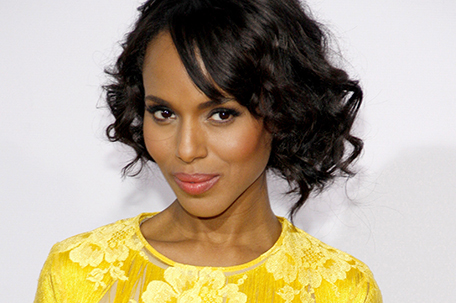 According to reports, “The Rookie” actress Afton Williamson will not be returning to the ABC drama starring Nathan Fillion amid claims of sexual harassment and racial discrimination. The actress claims she experienced racial discrimination and racially charged inappropriate comments from the hair department as well as from the drama’s executive producers starting with the pilot and continuing through the show’s first season. Williamson wrote on Instagram: “This season on The Rookie I was sexually harassed by fellow actor Demetrius Grosse. I was racially bullied and discriminated against and sexually assaulted by hair department head Sally Nicole Ciganovich.”

On August 10, multiple award winning actress Kerry Washington has honored with an “Artistic Achievement Award” at the Jamaican Marquee 57th Independence Black Tie Gala, held at the Hilton Westchester Hotel, Rye, New York. The independence celebration in New York- is was held under the distinguished patronage of the minister of tourism, the Honorable Edmond Barttell, who brought greetings on behalf of Jamaica.

Hip-hop artist Kahlil Simplis, just released his latest EP, “234.” The six-track EP’ hosts rhythmic hip-hop sounds centered around the trials and tribulations of Simplis’ journey. His highly anticipated project is a combination of soothing beats and lyrical raw emotions left on the tracks, which elude to his upbringing, relationships, and the cultivation of his self-owned record label, Chosen Family Records. “234” follows his hit singles, “Chosen” and “Luv It.” “234” is a significant number in Simplis’ life-representing starting over, transforming, and beginning new chapters in his life. The consecutive numbers serve as a continuation towards personal goals, growth and ambitions.

Meghan Markle celebrated her 38th birthday on Sunday, August 4, her first as a mother, as reported by People. Her husband, Prince Harry, shared a photo on the couple’s joint Instagram account of the Duchess of Sussex, taken during their tour of Australia, Fiji, Tonga, and New Zealand. It was accompanied by a personal caption: “Happy Birthday to my amazing wife. Thank you for joining me on this adventure. Love, H.”  The Sun reported that our princess enjoyed a low-key day at Frogmore Cottage, while other outlets speculated she may be celebrating at Balmoral — and that Queen Elizabeth might throw her a birthday tea at her Scottish estate.

Kerry Washington: Kerry on everything from films to family to President Obama