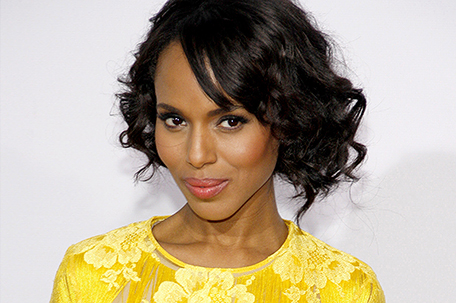 Kerry Washington had a party-filled weekend. On January 6, the “Scandal” star attended President Barack and First Lady Michelle Obama’s final soiree at the White House. Magic Johnson tweeted out that there were so many celebrities at the White House he thought he was at “the Oscars or Grammys.” Some of those celebrities included Steven Spielberg, Tyler Perry, Oprah Winfrey, George Lucas and his wife Mellody Hobson, John Legend and Chrissy Teigen, Chris Rock, Common, Will Parker, Chance the Rapper, La La Anthony and Kelly Rowland. Two days later, Washington attended the Golden Globes in Los Angeles with her husband, retired NFL player Nnamdi Asomugha. Afterwards, the couple attended the Weinstein/Netflix bash where she reportedly shimmied to Michael Jackson’s “Billie Jean.”

According to reports, Mary J. Blige is demanding her estranged husband, Kendu Isaacs,  return the Mercedez Benz and Range Rover, and one of her nine Grammy Awards that he has in his possession. She also claims Isaacs owes her $420,000 in business expenses. Meanwhile, according to documents, Isaacs still is asking for $130,000 a month that he claims he needs to maintain the lifestyle he is accustomed to.

Author/philanthropist Jean Shafiroff, whose countless contributions to worthy causes were recently profiled on the cover of the New York Times Style section, hosted a small dinner party at Le Cirque recently to start planning this year’s New York City Mission Society annual gala. Guests included Mission Society Executive Director Elsie McCabe Thompson, Finn Partners Senior Partner Helen Shelton, Dr. Penny Grant and Yours Truly. Shafiroff, who is a past honoree and chairperson of the gala,  is a member of the organization’s Board of Directors. The gala takes place April 5 at the Mandarin Oriental Hotel in New York City.