Kenya Moore celebrated her 50th birthday in style despite her divorce 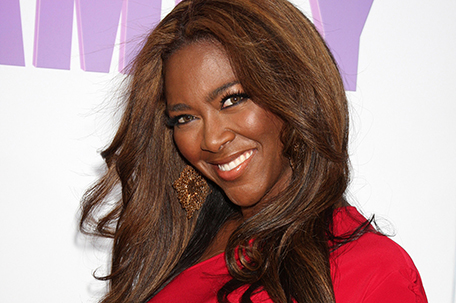 Kanye West was photographed for the first time since news recently broke that he and Kim Kardashian are divorcing. The troubled rapper/clothing designer was snapped deplaning a private jet after arriving at Van Nuys Airport in Los Angeles, from his ranch in Cody, Wyoming, which has been rumored to be his main residence for the last two years. An insider claims that West “understands Kim’s side has to spin that she is sick of him. In reality, he’s been sick of being involved with the Kardashians for a long while.”

According to multiple reports and a video that is being aired on many media platforms, Trey Songz was arrested at the Kansas City Chiefs game on January 24  for “trespassing, resisting arrest and assaulting a police officer.” He was released on January 25. The crooner was watching the Chiefs’ win over the Buffalo Bills at Arrowhead Stadium in Kansas City, when he got into the physical altercation with a police officer in the stands allegedly over his refusal to wear a face mask. The video shows Songz hitting the cop in the head, then putting him in a headlock. Why can’t everyone just #MaskUp?

“Real Housewives of Atlanta” cast member Kenya Moore celebrated her 50th birthday in style despite her husband Marc Daly telling reporters that they are divorcing. The former Miss USA jetted off for a vacation with friends and daughter Brooklyn Daly on a private jet. Moore later took to social media to post photos surrounded by balloons sitting poolside and later was seen enjoying the ocean. Moore’s birthday celebration occurred hours after Daly confirmed the estranged couple plans to move forward with divorce proceedings……..

Tongues are wagging that Beyonce’s third Ivy Park collection called Ivy Ice is out. The superstar songstress has once again teamed up with Adidas. In a statement, the company says,  “This time, the collection was created with the aim of bringing out creativity, individuality and imagination in those who wear the pieces.” Rapper/reality star Gucci Mane and Justin Bieber’s wife, model Hailey Bieber, are among the celebrities featured in the campaign, along with Queen Bey……..