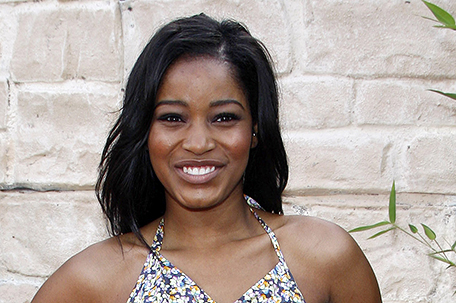 R&B icon Charlie Wilson celebrated Valentine’s Day in a big way. He performed his Billboard Top 10 single, “Forever Valentine” on “Live with Kelly and Ryan” and on ‘The Wendy Williams Show.’ As an early Valentine’s Day present, Wilson premiered the official music video on February 12 which celebrates multiple generations of love with a wedding and dance party to boot. Wilson continued to spread his Forever Valentine love throughout the weekend with performances at the Microsoft Theatre in Los Angeles, California, Fantasy Springs Casino in Indio, California and Pechanga Casino in Temecula, California.

Speaking of Heart Day, over the Valentine’s Day weekend Keke Palmer gifted her fans a new song, “Virgo Tendencies.” Palmer posted some of the lyrics on her Instagram to very favorable reviews-including a stamp of approval by Rick Ross. The talented songstress/actress/ talk show hostess is the newly minted Olay beauty ambassador and recent “Hustlers” actress who continues to stay busy as the co-host on the third hour of “Good Morning America.”

OWN: Oprah Winfrey Network’s popular drama “If Loving You Is Wrong” will premiere its fifth and final season on Tuesday, March 10 at 10:00 pm ET/PT. Tyler Perry’s seductive series chronicles the lives of friends and frenemies that love and live in the same neighborhood. The much-anticipated final season promises to be explosive and sexier than ever before while revealing some long-awaited answers to viewers’ burning questions. Life-changing catastrophes will leave the town reeling and changed forever.

Did Keke Palmer just come out as bisexual?