Kanye West and Kim Kardashian’s surrogate mother has given birth to the couple’s third child, a baby girl 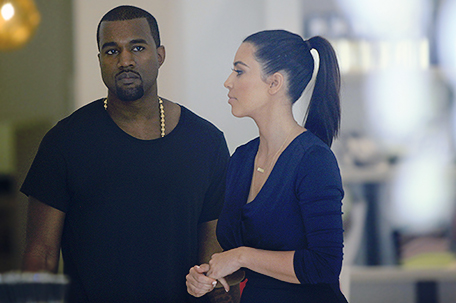 According to reports, Kanye West and Kim Kardashian’s surrogate mother has given birth to the couple’s third child, a baby girl. Kim posted on Social Media: “”Kanye and I are happy to announce the arrival of our healthy, beautiful baby girl. We are incredibly grateful to our surrogate who made our dreams come true with the greatest gift one could give and to our wonderful doctors and nurses for their special care. North and Saint are especially thrilled to welcome their baby sister. Love, Kim Kardashian West.” Although the couple has remained secretive regarding the identity of the surrogate, sources say she is  African-American and Baby West isn’t her first surrogacy…………

Grammy -nominated former LaBelle member and rock and roll icon Nona Hendryx is the inaugural recipient of Joe’s Pub at The Public Theatre in New York’s City’s new program The Vanguard Residency. As a result, she is using the series to present artists and work that are “antithetical to the normal, expected and accepted, the status quo.” The magnificent Hendryx premiered “Parallel Lives” on January 5. The show features an international roster of contemporary vocalists and is a global celebration of “Lady Day” (Billie Holiday) and the “Little Sparrow” (Edith Piaf). Holiday and Piaf were born in the same year on different shores. speaking different languages. However they led parallel lives in many ways, yet never met or maybe they did, no one knows. This is a must-see show……….

Angels Lending Partners LLC, a 100 percent minority -owned team comprised of the Peebles Corporation, Mac Farlane Partners and Claridge Properties, has been selected by the City Council of the City of Los Angeles, California to manage development of the coveted Angels Landing Site, and will build the tallest building in the Western U.S. as part of the plan. Said Don Peebles, Chairman and CEO of the Peebles Corporation: “Our team is inspired by the great opportunity to transform the Los Angeles skyline with our iconic building, enhance residential life downtown, and forever change how large buildings are built in Los Angeles by ensuring that all residents and businesses receive equal access to career and business opportunities……….