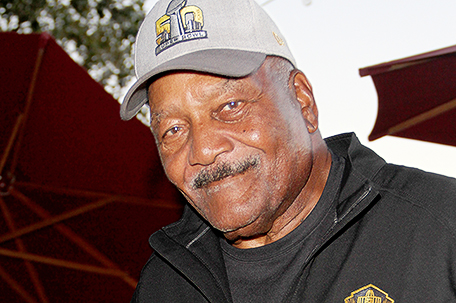 On August 28, a watch party was held for the first night premiere of the powerful “Greenleaf” Season 3 at SCADShow in Atlanta. Over 300 diehard fans filled the theater, eager to watch the ongoing drama that the challenged “Greenleaf” family is facing this season. Cast members Merle Dandridge, Lynn Whitfield, Keith David, Lamman Rucker and Deborah Joy Winans were on hand to participate in a Q&A. Attendees then got a chance to take photos with the “Greenleaf” cast during a post-event Meet & Greet……..

According to reports, Kanye West gave 82-year-old NFL Legend Jim Brown and his much younger wife, Monique Brown a grand tour of his Calabasas, California recording studio on August 28. From there, West headed to his hometown of Chicago. Both Kanye and the football giant went to see Donald Trump after he was elected 45th President of the United States. In fact, Brown, defended Trump during an appearance on “Fox and Friends” earlier that day……….

UNCF New York’s yearly campaign of giving is off to a great start as the organization raised more than $200,000 at the 7th Annual UNCF “A Mind Is” Hamptons summer benefit, held August 18-19. UNCF New York gave special acknowledgement to the gracious co-chairs, Jean Shafiroff and Gregory Lowe II, whose leadership led to an exciting and successful weekend. Former HBCU president Johnnetta B. Cole and media titan Edward Lewis were honored for being trailblazers of education and voices of the unheard……….

Soulful pop and funk singer Imani Scott headlined the Family Office Wealth Forum one-day conference at a private residence in Southampton, New York, where she performed “Get Litty” and “Throwing Glitter” from her latest LP “The Introduction.” The prominent and influential family offices and their family members from around the globe that attended the forum were excited to be introduced to the refreshing sound of the talented singer/songwriter. Her new single “All Over Again” has taken the industry by storm……