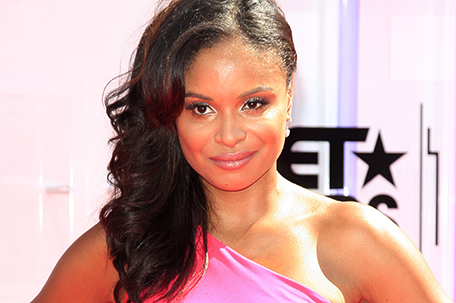 ALLBLK, AMC Network’s streaming service for Black TV and film, announced that a seductive new drama, “Hush,” from creator Angela Burt-Murray will join its programming lineup this fall. Comprised of eight, 35-minute episodes the new series tells the story of female protagonist Dr. Draya Logan, a top marriage and sex therapist, TV personality and best-selling author who finds herself entangled in a web of lies, sex and murder that could cost her everything. Joyful Drake (“P Valley,” “The Quad,” “Let’s Stay Together”) leads the cast as Dr. Draya Logan. Other cast members include Erica Mena and Candiace Dillard.

Juneteenth is a federal holiday in the United States commemorating the emancipation of enslaved African Americans. The Hamptons in Long Island, New York, has a rich Black history dating back to slavery. Sag Harbor, a sub-community with a thriving Black presence, is one of the four known beaches that Black people could swim in within the entire country at one time. On Sunday, June 19, Black Women in Media will host this year’s Juneteenth Celebration in the Hamptons. The exclusive celebration includes charter transportation to and from the Hamptons, a red-carpet experience, cocktails and a tour of the Southampton African American Museum (SAAM), which highlights the awe-inspiring and powerful history of Black people in the Hamptons dating back to slavery. A beach trip in Southampton will follow the tour.

According to various media outlets, Kenya Barris, the creator of “black-ish” has filed for divorce from his wife Dr. Rainbow Edwards -Barris for the second time. In the newest documents, Kenya says the couple has been separated since September 9, 2020, and he cites the usual celebrity irreconcilable differences as the reason for the split. Rainbow filed for divorce back in 2014, but withdrew the request a year later after they reconciled. Kenya filed for divorce in 2019 but later called it off. The couple have five children together.

In honor of what would have been the music icon’s 64th birthday, on June 7, the block in Minneapolis next to the First Avenue, between 7th and 8th Streets, officially received the commemorative street name of Prince Rogers Nelson Way. The previous week, a 100-foot mural of Prince was unveiled off the intersection of 1st Avenue and 8th Street after a seven-year struggle to make the painting a reality, according to a Minneapolis television station. The Minnesota Twins also celebrated Prince’sbirthday when they hosted the New York Yankees at Target Field that night. The first 10,000 fans in attendance received a Twins/Prince co-branded shirt and an exclusive “Purple Rain” jacket was included in certain ticket packages.

The Limelight Series… with the cast of Makin’ it in Philly