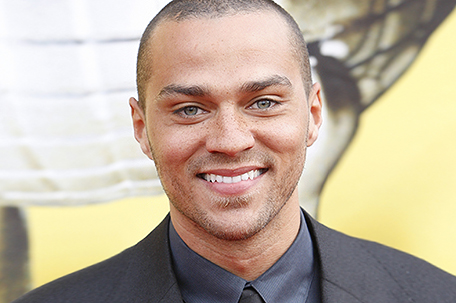 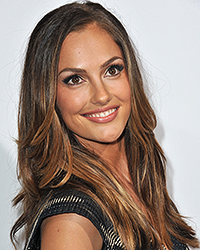 Grey’s Anatomy hunk Jesse Williams filed for divorce last week from his wife, Aryn Drakelee-Williams, citing irreconcilable differences. While the breakup is said to be amicable, there are rumors that Williams has been seen all over Paris with actress Minka Kelly, who used to date Derek Jeter. Jesse and Minka have been shooting a video game/movie together for several months in the City of Lights and were spotted strolling around recently hand-in-hand. Meanwhile, Jesse and Aryn, who have two children, Maceo and Sadie, were married on September 1, 2012, after dating for five years. Says a source: “They’re trying to keep the split secret and away from the public. They’ve actually been separated for awhile now.”……….

The Inaugural Wearable Art Gala, hosted by Richard Lawson and Tina Knowles-Lawson, will take place on Saturday, April 29 at the California African American Museum (CAAM) in Los Angeles. Actor/comedian Chris Spencer will serve as the Gala’s master of ceremonies. Star Jones will join Spencer to host the Live Auction portion of the evening. Richard and Tina’s family – Beyonce’ Knowles-Carter, Solange Knowles, Bianca Lawson and Kelly Rowland – will serve as the Gala’s Honorary Chairpersons and judges for the evening’s best wearable art creations. Says Beyonce’, “Our mother is the most imaginative human being we know. She is engaged with artists all over the world as an art collector and mentor. The Wearable Art Gala brings together everything that she loves – fashion, art, music, performance and mentorship.”………

The Apollo Theater announced additional details for its WOW – Women of the World Festival including “One Book, One New York” featuring a dramatic reading from Chimamanda Ngozi Adichie’s novel, “Americanah” by Academy Award winning actress Lupita Nyong’o as well as a conversation with three-time Olympic Gold Medalist Gabby Douglas, who will tackle the issue of cyber bullying. The festival will take place May 4-7 at the world famous theater in Harlem…….