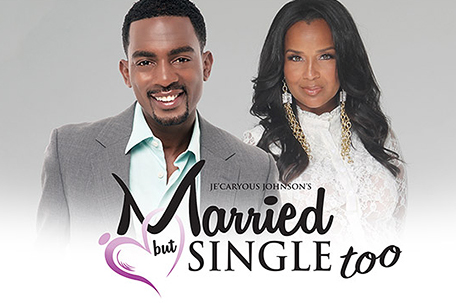 Tameka “Tiny” Harris has reportedly filed for divorce from husband, rapper Clifford “T.I.” Harris, after six years of marriage. Sources say Tiny, 41, filed in early December in Henry County, Georgia, saying the marriage had been irretrievably broken, with no chance of reconciliation. The two married in 2010 in Miami Beach, Florida, and have three children together: King, 12, Major Philant, 8, and Heiress Diana, 9 months. Tiny, also has an older daughter, Zonnique Pullins, from a previous relationship. T.I. has other children from previous relationships, as well: Messiah, Domani and Deyjah………….

Musical genius Ellis Hall, known as ‘The Ambassador of Soul’ will perform his show “Soul Unlimited” as follows: Vancouver Symphony Orchestra, on January 6 & 11, 2017, and Calgary Philharmonic Orchestra on January 13, 2017 & January 14, 2017. Ellis’ show features hits from Stevie Wonder, Marvin Gaye, The Temptations, Smokey Robinson, Otis Redding and the great Ray Charles. Hall is a prolific singer, songwriter and multi-instrumental musician, plays every instrument , has a strong five octave vocal range and was the lead vocalist for Tower of Power……….

According to “Life & Style,” although they spent Christmas together with their two children, North and Saint, several weeks after Kanye West was released from the hospital following a frightening breakdown, the rumor about Kim Kardashian allegedly wanting a divorce, is stronger than ever. Sources tell “Life & Style” that Kim feels Kanye’s twitter rants and his surprise meeting with President-elect Donald Trump are “hurting her brand.” Says a source: “Kim has tried to protect Kanye from himself for years, but she can no longer do it.”…….

In the wake of all the celebrity couple break-ups from Mary J. Blige and Kendu Isaacs to Angelina Jolie and Brad Pitt, writer, director and producer Je’Caryvas Johnson’s newest stage play and sequel, “Married But Single Too” is the fiery follow-up to his last play, “Married But Single.” “Married But Single Too” stars Carl Anthony Payne, LisaRaye McCoy, La’ Myia Good, Skye Griffin, Bill Bellamy and Chante Moore. The play’s tour launches on Valentine’s Day, 2017 in Detroit,  and ends in Cleveland, on April 9, 2017.