Janet Jackson is postponing her Unbreakable World Tour because of surgery 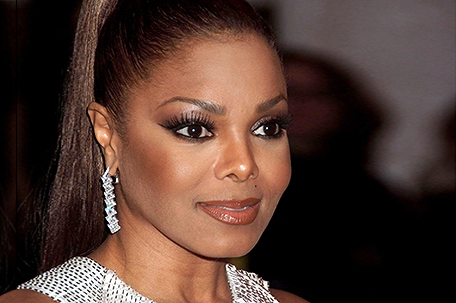 Tongues are wagging that Janet Jackson is postponing her Unbreakable World Tour because she “must have surgery soon,” the iconic songstress announced on her Instagram account. Janet kicked off the world tour in Vancouver this past August. It was scheduled to resume January 9 in Denver and last through June, when it was expected to conclude in Salt Lake City. “It breaks my heart to tell you that I am forced to postpone the Unbreakable Tour until the spring,” Janet wrote on Instagram, specifying that each date would be rescheduled at some point and instructing fans to keep their tickets. “They will be honored in a special way when the new schedule is announced.” She continued, “Please pray for me, my family and our entire company during this difficult time. I love you all so much and am ever grateful for your understanding and your love. Gon’ be alright.”………..

“The Haves and the Have Nots”, Tyler Perry’s hit drama for The Oprah Winfrey Network, returns with all new episodes on Tuesday, January 5 at 9 pm ET/PT. “The Haves and the Have Nots” returns with Jim Cryer (John Schneider), his wife Kathryn (Renee Lawless) and their wealthy friends, David (Peter Parros) and Veronica Harrington (Angela Robinson), dealing with hard lessons they’ve learned  from past actions. Candace (Tika Sumpter) is haunted by a horrific crime that she and Jeffrey (Gavin Houston) have committed and will stop at nothing to cover up the secret…….

O’Jays member Eric Nolan is releasing his third solo single while simultaneously performing with the legendary group. The tour began August 7, 2015, and now continues through February 12, 2016, with numerous venues scheduled in between. While the powerhouse vocalists are performing, Nolan will also be promoting “Cologne” off his debut solo album, “Mood Swing.” Nolan successfully maneuvers his talents through running his record label, writing hits for hit makers, while still managing to thrill audiences as the third member of the O’Jays……..

Cassandra’s Jazz Club, located at 2256 Adam Clayton Powell Jr. Blvd. in Harlem, owned by Cassandra and Dwight Dickerson, will be the scene of its first deliciously catered New Year’s Eve soiree on December 31 beginning at 8 p.m., featuring the Dwight Dickinson Quartet and the phenomenal Jazz & Blues stylist Antoinette Montague. The evening promises to be  night of elegant Harlem glamour at this brand new chic venue where celebrities drop in on  regular basis to enjoy the great music……….

Taraji P. Henson was named USA Today’s Entertainer of the Year for her magnificent portrayal of the hotter than hot Cookie on the Fox hit “Empire.” The sassy actress is also rumored to have a new boyfriend, NFL free agent Kelvin Hayden. The coosome twosome was recently spotted holding hands. They reportedly met in Chicago where “Empire” films when the 32-year-old football player was on the Chicago Bears’ roster. In the past Taraji has been linked to Lamar Odom and actor Hill Harper……

Janet Jackson: Number Ones, Up Close and Personal Tour