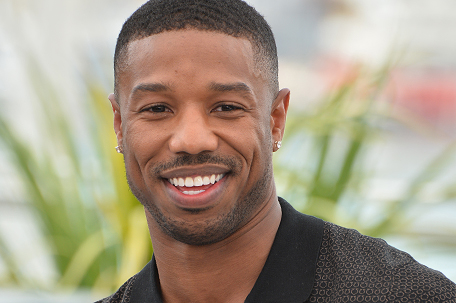 Vice President-elect Kamala Harris is reportedly extremely disappointed with her Vogue Magazine cover, a source revealed to the Daily Mail after Vogue made the decision to swap out her chosen image for another photo at the last minute without consulting the nation’s number two politician. The insider says Harris thought her preferred image – which shows my Howard University Bison sister wearing a powder blue suit – would be used on the cover, and said she was only made aware that the more ‘casual’ photo of her wearing Converse Chuck Taylor sneakers had been swapped in when the cover was leaked online. However, a Vogue insider reportedly denied that Harris’s team ever requested photo or cover approval, and insisted that a specific cover shot had not been agreed upon. Stay tuned…….

Okay. I have been telling you all since Thanksgiving that Michael B. Jordan and Lori Harvey are a couple. Now the cat is totally out of the bag. On January 10, 2021, People Magazine’s reigning Sexiest Man Alive made their romance Instagram Official posting maskless photos with his lady love for the first time. As I previously reported, the coosome twosome was spotted getting off a private jet together in Salt Lake City, Utah to bring in the New Year 2021 together. Prior to that I broke the story that they enjoyed Thanksgiving together in Atlanta. Meanwhile, back in November, the Black Panther/Creed star told People Magazine that he was looking for a “Woman with a sense of humor, true understanding and somebody that’s nurturing.” I guess Ms. Harvey fits the bill! Jordan has previously been linked with Kendall Jenner and his Black Panther costar Lupita Nyong’o…….

Tongues are wagging that Tiffany Haddish played Santa Claus to underserved children in Indiana during the holiday season. In December, the Girls Trip star donated 100 suitcases to be distributed to children in the Indiana Department of Child Services’ foster care system. The comedienne got the philanthropic idea after recounting some of her own experiences as a foster child carrying her belongings in garbage bags. Following her mother “never being the same again” after a car accident, Haddish became part of the foster care system. Said a manager for the Indiana Department of Child Services, “The suitcases in themselves, and who they came from, Miss Tiffany Haddish, is a sentiment to our foster children that there’s success and support out there.”

Michael B. Jordan was seen with Steve and Marjorie Harvey’s daughter, Lori Harvey

Michael B. Jordan has been chosen as the first global face of the Coach menswear business