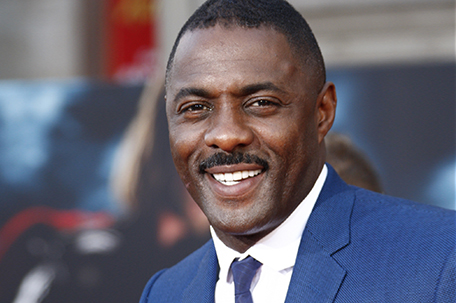 May 25, 2018 Category: Go With The-Flo Posted by: Philadelphia Sun Staff

The Royal Wedding is still the talk of the world. According to reports, the latest news is Elton John wasn’t the only famous star to take center stage at one of Prince Harry and Meghan, Her Royal Highness the Duchess of Sussex’s receptions. Idris Elba took on the role of playing DJ during the evening reception on May 19 at Frogmore House. The Golden Globe winning actor notably played Luther Vandross’s “Never Too Much” during the soiree, as Duchess Meghan danced with her girlfriends. Idris, whose fiance Sabrina, wore head-to-toe Gucci to the wedding, has been a DJ on the side for years. He has previously made club appearances under the name DJ Big Driis the Londoner and even co-produced a track on Jay-Z’s 2007 album, “American Gangster.”………..

To celebrate their third collaboration with Lucas Films, Nissan executives took New York City by storm on May 21 as they premiered a customized Nissan Rogue at a special screening of “Solo A Star Wars Story” at the SVA Theater. Alden Ehrenreich, who portrays a young Han Solo in the prequel, proudly posed in front of the magnificent vehicle which was built in his character’s honor. Nissan also constructed a model car in a salute to Chewbacca, which was showcased at the top-selling Automotive company’s pre-reception at the Dream Hotel. Other celebs at the screening included Tiffany Haddish and crooner Maxwell, who were also spotted together the previous night at the “Queen Sugar” third season premiere party and “Solo” cast members Donald Glover, Emilia Clarke and Paul Bettany……….

Last week’s Cannes Film Festival was an explosion of Film, Music, Fashion, History, Art and Influencers from across the globe. Black men reigned supreme at the festival, with triumphant moments for the late Reginald F. Lewis, Spike Lee, Congressman John Lewis and author/filmmaker Nathan Hale Williams. Reginald F. Lewis Film Honors: A Salute to Multicultural Excellence, merged Bollywood, Hollywood and Nollywood under one roof for the first time ever. The eclectic and diverse mixture did not disappoint, from a lovely business exchange, networking cultural style tips, to an all out dance challenge. Held in the middle of Festival de Cannes at Le Majestic Beach on May 15, it reigned as the extraordinary engagement that Cannes welcomed and needed……….

TNT and Bossip hosted sneak previews of the second season of the hit dramedy “Claws” in Atlanta, Houston and Washington, D.C. Cast members in attendance were Niecy Nash, Carrie Preston, Jack Kesy and Jimmy Jean-Louis in Atlanta; Karreuche Tran and Harold Perrineau in D.C. and Judy Reyes, Dean Norris and Kevin Rankin in Houston. Guests watched the first episode of the new season and enjoyed a Q&A with the cast. Special guests included Gizelle Bryant, Nicci Gilbert and others. Season 2 of Claws premieres Sunday, June 10………