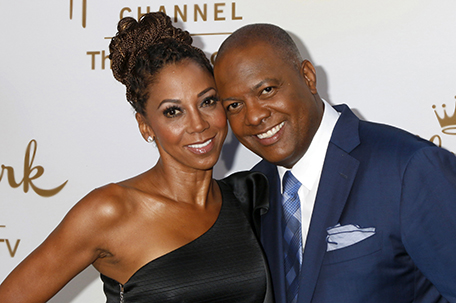 May 12, 2018 Category: Go With The-Flo Posted by: Philadelphia Sun Staff

New music from “Saints & Sinners” actor Keith Robinson is here. The new video for the hit single Never Be You was released on May 11. With his directorial debut, alongside co-director Juice Big Fellow, Keith gives fans a 12-minute “Never Be You” visual co-starring actor/comedian Tony Rock, explores the decades old relationship question, is the grass greener on the other side? Inspired by the classic film “Coming To America,” Keith hilariously takes on Eddie Murphy’s iconic role as Prince Akeem and Rock is Arsenio Hall’s character, Semmi in the new video feature………

We are on a one-week countdown to the marriage of biracial ‘Suits’ actress Meghan Markle to Prince Harry. Aside from Bollywood actress Priyanka Chopra, who will most likely be a bridesmaid, other celebrity attendees at the May 19 nuptials may include Serena Williams (if she can schedule her tennis matches around the ceremony), and the actress’s former Suits co-stars Sarah Rafferty, Patrick J. Adams and Wendell Pierce. Meanwhile, Prince Harry’s aunt, Sarah Ferguson, Duchess of York, has been snubbed by his father, Prince Charles, after he left her off the guest list to the exclusive private evening wedding reception he is throwing for the soon-to-be newlyweds……..

For the third year in a row, the fashionable Jean Shafiroff, who is on the May 2018 cover of Fashion Mannuscript, wore a couture creation by African American designer B Michael, to the Central Park Conservancy’s “Hat” Luncheon. This year the gorgeous philanthropist and society girl, wore a striking green floral couture dress and hat. B Michael told reporters that his inspiration for the dress was a visit to the Monet Gardens in France. The Women’s Committee of the Central Park Conservancy held a “sold out” luncheon for 1200 women that raised in excess of $4 million………..

Holly Robinson Peete and Rodney Peete are this year’s honorees at The Jonathan Foundation’s 5th Annual Spring Fundraiser. The event will be held on Saturday, June 2 at Cathedral of Our Lady of Angels in Los Angeles, California. The Peetes are being honored for their work with the HollyRod Foundation. Through the HollyRod Foundation and her family’s personal experiences, Holly has become one of the most trusted advocates for consistent and reliable education, outreach and support for both Parkinsons and autism…….