Heather Headley will assume the role of Shug Avery in “The Color Purple. 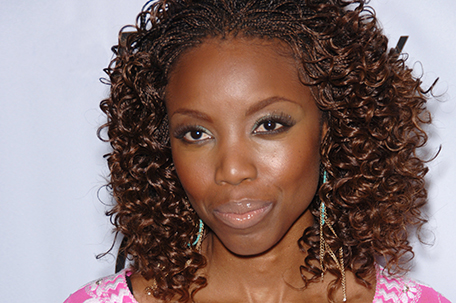 May 6, 2016 Category: Go With The-Flo Posted by: Philadelphia Sun Staff

I am mourning the death of my dear friend, Afeni Shakur, the mother of the late Tupac Shakur. I received a call at 2:00 am EST on May 3 that Afeni’s daughter, Setchiwa had been trying to reach her mother all day. They lived in separate houseboats a few clocks apart in Sausalto, California. When Set went to see if something was wrong, she found her mother unresponsive. She called the paramedics who transported Afeni to the hospital where she died. Afeni was a wonderful woman who always stood up for her beliefs. She loved deeply and was very proud of her son Tupac’s accomplishments. RIP Afeni, dead at the age of 69……….

Idris Elba won a Golden Globe award, conquering the acting world. Now, the James Bond hopeful is slaying the fashion world. The debonair actor was among the chosen few who dined at Anna Wintour’s East Side Manhattan townhouse on May 1. The Vogue editrix hosted the pre-2016 Met Gala Dinner. Looking dashing in a Tom Ford tuxedo, Idris was one of the co-chairs for the May 2 Met Museum’s Costume Institute Benefit. This year’s gala which was attended by Beyonce Knowles wearing Givenchy, who refers to herself as Bee Carter on Instagram, her sister Solange Knowles, Anna Wintour in Chanel, Lupita Nyongo, Carmelo and LaLa Anthony, Jennifer Hudson, Kanye West and Kim Kardashian wearing Balmain, Derek Jeter and Hannah Davis and others, celebrated the exhibition Manus X Machina: Fashion In An Age of Technology. The star-studded celebration provides the Costume Institute’s Annual funding for exhibitions, publications, acquisitions, and capital improvements……..

Kerry Washington, who also attended the Met Ball, is going to be a mom again. According to sources, the 39-year-old actress is pregnant with baby number two! Kerry and her husband Nnamdi Asomugha are already parents to a two-year-old daughter, Isabelle Amarachi Asomugha, whom they welcomed in April 2014. The “Scandal” star and retired NFL player married in June 2013. Congrats to the happy family……..

The United Palace House of Inspiration (UPHI) and Xvier Eikerenkoetter will honor The Rev. Dr. Eula M. Dent Eikerenkoetter for her invaluable contributions to Rev. Ike Ministries for more than 50 years and for her support in the growth of UPHI. The special event will take place on Sunday, May 15 at UPHI, 4140 Broadway, NYC. Sunday service is at 12:00 PM with guest speaker Rev. Dr. Sheila McKeithen followed by a Celebratory Banquet at 3:00 pm. The Banquet Donation is $50 per person. Chairpersons are Ambassador Susan Johnson Cook, Mrs. Alma Rangel and Mrs. Lu Willard-Hoffman……..

Beginning performances Tuesday, May 10, Tony and Grammy Award winner Heather Headley will assume the role of Shug Avery in “The Color Purple.” This is Headley’s first appearance on Broadway since winning the 2000 Tony Award for Outstanding Actress in a Musical for her performance in “Aida”. Jennifer Hudson who made her critically-acclaimed Broadway debut in the role will complete her six-month run on Sunday, May 8 and will give her final performance that afternoon. “These last six months have been nothing short of a dream come true,” said Jennifer Hudson…….