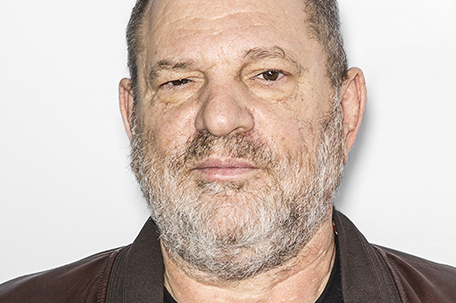 According to reports, Harvey Weinstein has been spreading rumors that Oprah Winfrey called him and said she would offer him support. Oprah’s spokesperson told TMZ a very different story, and said Oprah has not spoken to Weinstein directly and that a member of the disgraced movie mogul’s team reached out to them to see if Oprah — who has publicly denounced Weinstein in a statement — would interview him. However, the spokesperson said there are no plans for an interview at this time. Meanwhile, Oprah hosted a star-studded brunch at her Santa Barbara, California, estate on October 15 to celebrate her new book, “Sunday Wisdom,” which is a collection of the best interviews from her highly acclaimed Super Soul Sunday series. Aside from being attended by A-list celebs like Kerry Washington, Common, Angela Bassett, Gayle King, and Cookie Johnson, there was a gospel concert that featured Bebe Winans, Yolanda Adams, Andra Day, Erica Campbell and Cynthia Erivo from “The Color Purple”……….

Join hosts Teri Woods, New York Times bestselling author of “True To The Game,” now in theaters starring Vivica A. Fox and Columbus Short, along with socialite Chris Avery Bennett, for an unforgettable evening celebrating the First Annual “W.A.R. (We Are Rising) Benefit To Prevent Domestic Violence.” The event — which includes makeovers, beauty tips, raffles and awesome give-aways — will take place Sunday, October 22, 2017 at Falucka Lounge, 162 Bleecker Street in New York City from 5-10 PM. Aside from Woods and Bennet, other celebs in the house will include VH1 “Love & Hip Hop: NY” star Chrissy Monroe, TV personality April Mallory of “She’s The Boss,” author Esha Jay and Aurora Gordon of “Battered 2 Beautiful.” The evening’s mission is to empower women who ave faced difficult challenges in their lives to remain motivated. For further information, email [email protected]……..

A woman who claimed rapper/reality star Nelly raped her on his tour bus in a Seattle suburb recently is dropping her pursuit of criminal charges. However, the police department in the state of Washington town say they are still investigating Nelly. Several news outlets reported that Attorney Karen Koehler said in a statement that her client wanted to stop the investigation and would refuse to testify on court. Koehler says the woman “wishes she had not called 911, because she believes the system is going to fail her.”  Nelly has not been charged with a crime………..

On Sunday, October 22, 2017 at 1 PM. the Greater Harlem Chamber of Commerce, Global Street Art and Human Rights Campaign, along with “Education Is Not A Crime,” will celebrate the 100th Anniversary of the birth of jazz legend Dizzy Gillespie at the location of the Dizzy Gillespie mural at 229 W. 135th Street in the Harlem neighborhood of New York City. The afternoon will feature the official dedication of the mural and a live Harlem jam session tribute to the late jazz icon……