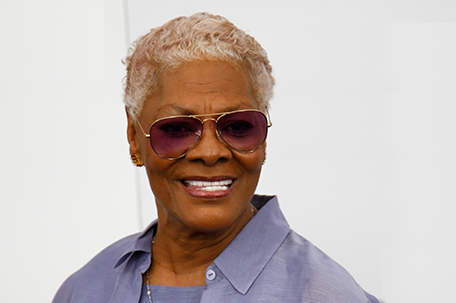 “Michael Jackson’s Thriller 3D,” long rumored and highly anticipated by fans, will make its world premiere at the 74th Venice Film Festival 2017. The original short film, directed by John Landis and written by Landis and Michael Jackson, was not re-edited or re-cut in any way. Said John Landis: “I am so happy to have had the chance not only to restore but enhance Michael Jackson’s ‘Thriller!’ We took full advantage of the remarkable advance in technology to add new dimensions to both the visual and the audio bringing it to a whole new level.” The screening in Venice will mark the first time that the award-winning documentary ha ever been shown in a theater………….

“Harlem Week” in the Big Apple will roll out the proverbial red-carpet tribute to legendary entertainer Dionne Warwick on August 15, first with an unveiling of her plaque on the Apollo Theater’s Walk of Fame. Later that day, Ms. Warwick will be honored in recognition of her contributions in health at the Harlem State Office Building on 125th Street at 1:30 pm. Finally, the iconic songstress’ most distinguished highlight of the year will be on November 14, 2017 when she will also be presented with the Marian Anderson Award in Philadelphia…….