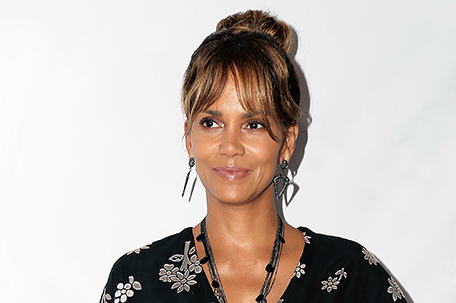 Exclusive! Quarantine reunion alert! “The cast of “The Fresh Prince of Bel Air” celebrated their 3oth anniversary by filming a COVID-safe reunion show in Beverly Hills, California recently. Will Smith, Tatyana Ali, Karyn Parsons, Joseph Marcell, Daphne Maxwell Reid, Alfonso Ribiero and even Janet Hubert, the first Aunt Viv, all quarantined together at the Beverly Hills Hotel for several days before filming. During the week, they were each tested for Coronavirus, and enjoyed the posh hotel, including its famed Polo Lounge. The pink hotel gifted everyone with an edible pink chocolate box filled with goodies which included a current cast photo and a card that read: “Happy 30th Anniversary Fresh Prince of Bel Air. We cannot wait for the real Banks Family Reunion.” “The Fresh Prince of Bel Air Reunion” show airs on HBO Max on Thanksgiving Day.

After going back and forth with their marriage before and during the pandemic, Ray J and his wife Princess Love appear to be ending their marriage. The crooner, actor, and reality star has filed for divorce from Princess Love, who he appears on “Love and Hip Hop: LA” with, according to reports. Ray J filed the documents and is requesting joint custody of their two children, Melody Love and Epik Ray. Back in May, Princess loved filed for divorce, but withdrew the papers.

Jean Shafiroff, New York City socialite, TV host and celebrity philanthropist, along with Manhattan Borough President Gale Brewer welcomed guests to Times Square Fashion Week, the first live event in Times Square since the start of COVID-19. As the Big Apple is gaining some normalcy day after day, Times Square Fashion Week gave a taste of the new normal in the midst of a global pandemic to the fashion industry and brought a glimmer of hope to fashion insiders, designers and VIPs to the heart of New York City. Featuring seven talented designers on deck, as well as key sponsors, key-note speakers, and other creative artists, this event was a slam dunk on how moving fashion forward is done.

Tongues are wagging that Halle Berry made a splash at the Toronto Film Festival on September 12 with her directorial debut and world premiere of her upcoming film, “Bruised,” which she also stars in. Although it was billed as a “work in progress” because filming of the project had to be halted due to the pandemic, the movie landed the Oscar winning actress a $20 million deal with Netflix. Meanwhile, Berry also took time out recently to don a Breonna Taylor tee shirt and urge the Kentucky Attorney General to arrest the police officers who murdered the promising young EMT worker. The city of Louisville, Kentucky, has agreed to pay $12 million to the family of Breonna Taylor and institute a series of police reforms to settle the family’s wrongful death lawsuit.

Halle Berry is making her directorial debut with the movie “Bruised”