Halle Berry is making her directorial debut with the movie “Bruised” 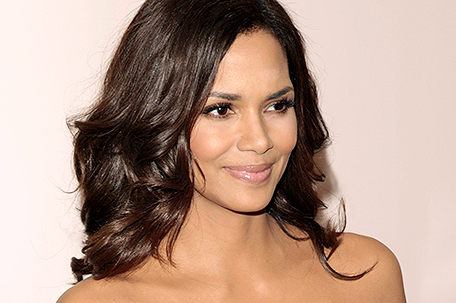 According to reports, “The View” co-host Whoopi Goldberg celebrated her 64th birthday on November 13 with an intimate dinner party at Tao Downtown Manhattan. The Oscar/Emmy/Tony/Grammy winning entertainer’s elite group of guests included Phylicia Rashad, Tiffany Haddish and Jane Krakowski. Is that an A-list or what?

Tuesday, November 12, was indeed a night for a “celebration” as the legendary Kool & the Gang received the 2019 Marian Anderson Award at the Kimmel Center For The Performing Arts in Philadelphia, emceed by talk show host Tamron Hall. Formed in Jersey City, New Jersey, with brothers Robert “Kool” Bell and Khalis Bayyan at the helm, Kool & the Gang made many Top 10 hits including “Jungle Boogie,” “Hollywood Swinging,” “Ladies Night” and “Too Hot.” Created in 1998, The Marian Anderson Award is named after the legendary classical music icon who was a Philadelphia native.

Halle Berry is making her directorial debut with the movie “Bruised,” which is currently filming in Newark, New Jersey. Also starring in the flick, the Oscar/Emmy/Golden Globe winner portrays Jackie “Justice,” a disgraced mixed martial arts fighter who has to reunite with her 6-year-old son, Manny, and climb back to the top as a fighter. According to reports, Berry will be filming in Newark for the next two weeks.

Beginning November 25, every Monday while Broadway shows are dark, Bond 45 restaurant (221 W. 36 Street, NYC) will light up with the “Shelly & Friends Revue”. The concert on the 25th will feature the multi-talented Mira Gandy, who is making her NYC debut as a vocalist. Gandy has performed and received critical acclaim in Germany with her EMI international pop group Candela Azul and in the US when she performed with the 1980s group Klymaxx. Special guest hots for the evening include Mira’s mother, Broadway legend Irene Gandy.

Halle Berry got everything she wanted