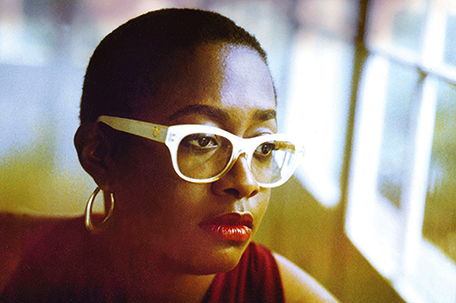 According to the Hollywood Reporter, Quincy Jones took the stand last week in his Michael Jackson royalties trial. “I’m not suing Michael,” Jones said pointedly to the attorney for Jackson’s estate. “I’m suing y’all.” The music producer legend is suing MJJ Productions, a company controlled by Michael Jackson’s estate. He says he’s owed tens of millions, his share of posthumous profits resulting from the exploitation of songs he produced for the late King of Pop, including the album “Thriller.”…………

Grammy award winner Ce’cile McLoren Salvant is an artist for the ages. Her new album, “Dreams and Daggers,” coming in September 2017 on Mack Avenue Records, will add 23 fresh melodies and haunting performances to her glorious body of work. Says jazz legend Wynton Marsalis: “Sarah. Dinah. Ce’cile. You get a singer like this once in a generation – or two.”………….

On July 24, MTV hosted another “Wild ‘N Out: Live from the Barbershop” pop-up in New York City on the Lower Eastside of Manhattan. The event was hosted by MTV’s own “Wild N Out” cast member Rip Michaels and Emmanuel Hudson, music was provided by DJ Max October. During the pop-up, guests took home over $1500 in cash by participating in hilarious activities such as dance-off, “What U Got,” “Yo Mama” Jokes and the “Wild Style Battle.” Winners were awarded cash and “Wild ‘N Out” merchandise, the winning “Wild Style” team took home $1000. #WildNOut airs Thursdays at 11/10 c on @MTV…….

Academy Award-winning actor Forest Whitaker will guest-star in a multi-episode storyline on Fox’s “Empire” this fall, playing Uncle Eddie, described a a charismatic music icon and hitmaker who gave Terrence Howard’s character Lucious his first radio airplay. Decades later, Eddie steps up for Lucious at a critical moment during his rehabilitation, and a grateful Cookie, played by Taraji P. Henson invites him to produce a song in celebration of Empire Entertainment’s 20th anniversary. “Empire” returns Wednesday, September 27…….