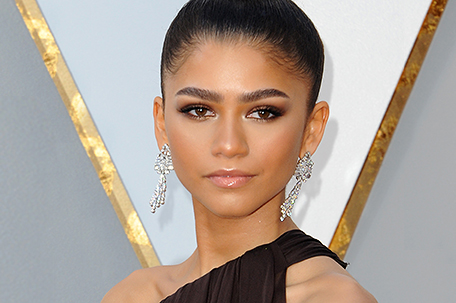 Deadline Hollywood is reporting that Denzel Washington, who is about to hit the Broadway stage in George C. Wolfe’s production of “The Iceman Cometh”, will receive the 2018 Distinguished Achievement Award from the New Dramatists at the group’s 69th Annual Spring Luncheon. The event feting the Oscar and Tony-winning actor will be held on May 15 at Broadway’s New York Marriott Marquis. Previews for “The Iceman Cometh” began March 22 at the Bernard B. Jacobs Theater and the play officially opens on April 26……..

“Children of a Lesser God” will return to Broadway this week for the first time since its Tony Award-winning premiere production. This production is directed by Tony Award-winner Kenny Leon and features Joshua Jackson and Lauren Ridloff, both of whom are making their Broadway debuts. In the case of Ridloff, who has been deaf since birth, this is also her acting debut. Says Leon, “ Lauren was my sign language instructor for my preparation to direct this. I suddenly realized this girl has everything I’m looking for. She’s a very beautiful woman. She’s African-American. We snuck it up on her. I told her, ‘Maybe you can be a consultant.’ I never doubted that she could do this.” Previews for “Children of a Lesser God” began on March 22 at Studio 54 and opening night is set for Wednesday, April 11……..

On March 16 at Google’s San Francisco Community space, teachers, students, artists, education advocates, along with Googlers and actress and Oakland native Zendaya, celebrated the announcement of an additional $650,000 grant to help the Roses in Concrete Community School in East Oakland, California build a first-of-its-kind computer science curriculum, which will serve as a model for other schools across the country. The curriculum will be culturally and community relevant, building on Dr. Jeff Duncan-Andrade’s philosophy that education shouldn’t push students out of communities, but should instead help students to transform them. Zendaya is an avid supporter of the school……

The Black Business Association, headquartered in Southern California and the oldest active ethnic business organization in the State of California, will host its annual Salute to Black Women Business Conference/Expo and Awards Luncheon on Saturday at the L.A. Hotel in Los Angeles. The National Women’s History Month 2018 theme is “Nevertheless She Persisted.” Among the honorees is publicist extraordinaire Edna Sims, who will receive the “Excellence In Media Services/Award.” Since 1970, the Black Business Association (BBA) has been instrumental in the growth and development of thousands of African-American businesses……..