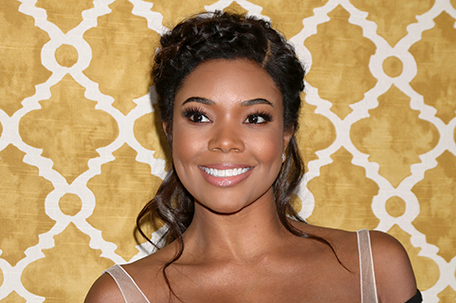 On August 17, actress Gabrielle Union launched a second New York & Company clothing collection called “I’m Perfect” using WNBA great Candace Parker, Danica Ramirez, Isla King and Nia Sioux as models. According to reports, Union is set to star in and produce a yet untitled romantic comedy which depicts the relationship between a newly single African American woman who begins dating a recently divorced Asian-American man. The movie is rumored to explore how a drunken one-night stand leads to a secret relationship that eventually becomes public.

Producer and actress Vivica A. Fox has landed a new magazine cover with LA Style Magazine. In celebration of the cover, the magazine hosted a reveal party for Fox at Rain Nightclub in Los Angeles recently. Amongst those to celebrate and toast the Cover Girl were Vivica’s “Chocolate City” co-star Robert Ri’card, actor Andreas Londano, TV personality Laura Govan and Life Coach Mike Bayer, just to name a few. Sponsored by Miss Jessie’s, guests left with gift bags which included product samples and autographed copies of Vivica’s cover of LA Style Magazine. This culminates a fabulous summer for Vivica in which she starred in and produced four “Wrong” movies for Lifetime TV.

In honor of Nipsey Hussle’s birthday, Tip “T.I.” Harris unveiled a permanent Nipsey Hussle themed installation at the Trap Museum in Atlanta, on August 13. Nipsey Hussle was born on August 15. The installation was personally curated by Tip with co-curation by Grand Hustle head of marketing James Miller. The installation is a 3-piece collaboration labor of respect and admiration for Nipsey, with the majestic painting created by BK The Artist featuring blue roses in his beard, along with images of his children, family, Lauren London and the posthumous memorial at the Marathon clothing store.