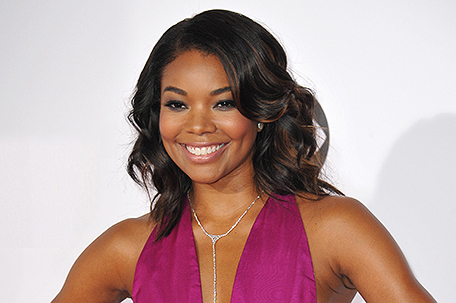 On August 26, “Being Mary Jane” star Gabrielle Union debuted her new timepieces, The Gabrielle Union for Invicta Collection– at the new Invicta Flagship store in New York City. Comprised of dynamic interpretations, the watches offer a sophisticated cohesive collection of timepieces for women. Tragically, that same day, Gabrielle’s cousin-in-law, Nykea Aldridge, the first cousin of the actress’s husband, NBA superstar, Dwayne Wade, was shot and killed in Chicago after she was caught in the crossfire of two gang members who are brothers, shooting at someone else. Our condolences go out to the Wade family………..

Victoria Young, author extraordinaire of the page-turning novel “Passion Whispers An Execution,” is launching her own wine.  Named for the book’s chapter, “Sizzling Pearl,” the chardonnay is called “Pearlsha’nae.” Says Young, “I love the taste of sweet wine. My two lead characters used wine and pearls in the scene to make love. Like my character, wine is something that I can own.” The prolific Young will launch Pearlsha’nee, along with a perfume line on December 1 at an extravaganza that she is producing at Eastwood Manor Ballroom in Bronx, New York. The evening will include a performance by the legendary R&B group Blue Magic, along with a fashion show. More to come……….

Old Spice, the “Greatest Smell in the NFL,” announced it has teamed up with star Denver Broncos linebacker Von Miller. Miller will be the face of its 2016 NFL campaign, featuring the brand’s “Hardest Working Collection” performance lineup, Old Spice’s most powerful anti-perspirant/deodorants and body washes in the world. As the “Official deodorant and body wash” of the NFL, the Old Spice ad campaign states that they deliver “Legendary Protection for Legendary Men.” “Between winning the Super Bowl, solidifying my status with, the Broncos and being named the newest Old Spice guy, 2016 is shaping up to be quite a year,” said Von Miller official spokesperson……..