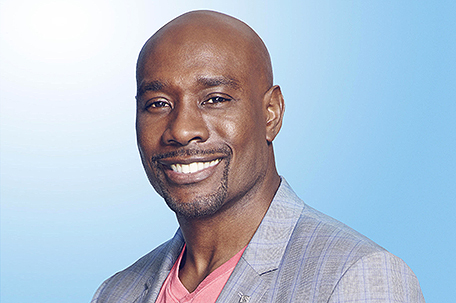 May 12, 2017 Category: Go With The-Flo Posted by: Philadelphia Sun Staff

Farewell to Morris Chestnut’s Fox TV show “Rosewood”. The Hollywood Reporter has confirmed that the Fox-TV network has canceled the medical drama after two seasons. Chestnut and co-star Jainia Lee Ortiz announced that the series would not be coming back on their social media accounts. Chestnut wrote: “I am very grateful about the part that everyone took in ‘Rosewood”s journey, because everyone was truly an integral part; the writers who crafted great story lines, the actors who brought these stories to life, the production crew who sustained the show’s infrastructure, and the terrific fans who embraced this phenomenon and became just as much a part of ‘Rosewood’ as anyone else.”…………

“Beat Shazam”, a new interactive game show hosted by Jamie Foxx, pits teams of two against the clock and each other as they attempt to identify the biggest hit songs of all time. In the end, the team with the most money banked will outlast the competition and go against Shazam, the world’s most popular song identification app, for the chance to win a huge cash prize. In each round, Foxx will present a choice of two music categories, ranging from “80s Favorites” to “Beyonce Hits.” “Beat Shazam” will air on Fox beginning May 25 at 8 pm………….

Celebrities and other luminaries will converge on Gotham Hall in the Big Apple as award-winning actor Jeffrey Wright and acclaimed artist Carrie Mae Weems are honored by The Brotherhood/Sister Sol (Bro.Sis), a nationally recognized, Harlem-based nonprofit and youth development organization, as it heads into its 22nd year transforming young lives. Other notables attending the organization’s 13th annual VOICES benefit include actors Bobby Cannavale and Michael K. Williams, the Honorable David N. Dinkins, former Mayor of New York and DJ Beverly Bond, founder and Executive Director of Black Girls Rock. The evening includes a cocktail reception and silent auction, followed by an awards dinner………..