Following accusations of sexual misconduct, Jason Mitchell is being dropped from projects 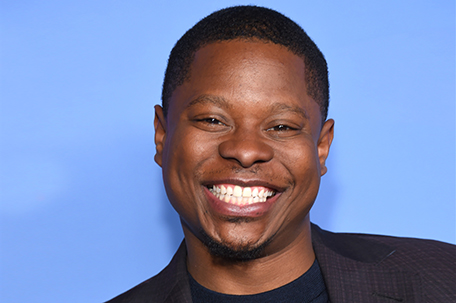 May 24, 2019 Category: Go With The-Flo Posted by: Philadelphia Sun Staff

Following accusations of sexual misconduct by several of his female co-stars, “The Chi’s” Jason Mitchell is being dropped from a number of his current and upcoming projects. Variety has confirmed that the popular actor will not return to “The Chi’s” already announced third season. In addition, Mitchell will no longer be starring in the Netflix film “Desperados.” Furthermore, Mitchell is no longer represented by UTA or Authentic Talent and Literary Management. According to The Hollywood Reporter, Tiffany Boone — the actress who plays Jerrika on “The Chi” — was among several actresses on the show who had issues with Mitchell. Boone made repeated complaints of sexual harassment and allegedly felt so unsafe with her co-star that at times her fiance, “Dear White People” actor Marque Richardson, was present when Boone and Mitchell shared scenes. Other actresses from the “Desperados” film and “The Chi” also were said to have had problems with Mitchell, who was accused of assaulting a woman in 2016………

Mayor Richard Thomas of Mount Vernon, New York, traveled to Cambridge, Massachusetts on May 19, to attend the John F. Kennedy School of Government Ash Center’s Cities RISE Initiative retreat. The retreat is a follow up to a February visit by representatives of the Ash Center to Mount Vernon to develop code solutions to Mount Vernon’s housing issues. Said Mayor Thomas: “The role of a mayor is to convene people to make a difference and give a clear picture of the reality while providing hope and putting the faith in action.”………..