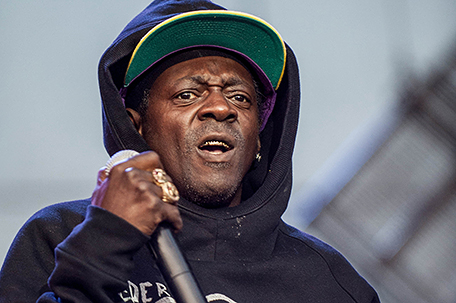 When Meghan Markle marries Prince Harry in May, according to reports, in addition to a title change, the “Suits” actress will have to complete some intense military training. As a new member of the royal family, Markle will reportedly learn how to prepare for potential emergencies such as a kidnapping or hostage situation. “Imagine her being put into a room, being treated as if she was a hostage, the room being stormed by the Special Air Service, she will be put through that training,” former royal aide Alex Bomberg recently told The Independent. The Special Air Service or SAS, is an elite special forces unit of the British Army. Harry and Markle will also “receive training about how to behave without close protection”  or “what they might do if things go wrong,” Bomberg added………..

Flavor Flav, a member of the six-time Grammy-nominated and Rock & Roll Hall of Fame hip hop group Public Enemy, is launching a Kickstarter campaign to raise revenue to finance his forthcoming Las Vegas-based variety show and soundtrack, Flavor Flav’s Vegas. A Las Vegas resident for 12 years, Flavor Flav will serve as the host and one of the executive producers for the show. Flavor Flav’s Vegas will feature the musicians and television personality from vh1 series Flavor of Love, Strange Love and The Surreal Life interviewing celebrities, participating in comedy sketches, exploring musical acts and occasionally jamming with musical acts. Flav plays more than 14 instruments……. 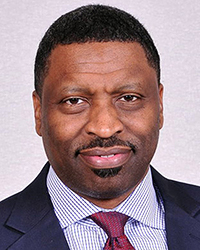 For the first time in its award show history, voting for the 49th NAACP Image Awards will be open to the public. Viewers will have the opportunity to vote for their favorite nominees in 36 categories across film, television, and music. In previous years, winners of the awards were selected only by members of the NAACP. This year, members of the public who are not NAACP members may cast votes by visiting the NAACP Image Awards online at naacpimageawards.net. “We are excited about the opportunity to open voting to the public,” said Derrick Johnson, NAACP President and CEO. “The Image Awards represents a universe of powerful stories and images, told in ways that express our beauty and make us proud.”…….

The City of Lynwood, California, and the Lynwood City Council has named legendary music icon Thelma Houston as the Grand Marshall of the city’s 2017 Christmas Parade. On Friday, December 8, The City of Lynwood will host its annual Candy Cane Lane Christmas Parade. The following day, Saturday, December 9, Houston will perform at Sheryl Lee Ralph’s, DIVAS Simply Singing!, the longest consecutive running musical AIDS benefit in the United States. Houston is a Grammy-winning award artist. Her song, “ Don’t Leave Me this Way,” was a number one international hit, which won the Grammy for Best R&B Vocal Performance………