Fantasia Barrino cancels a concert due to second-degree burns 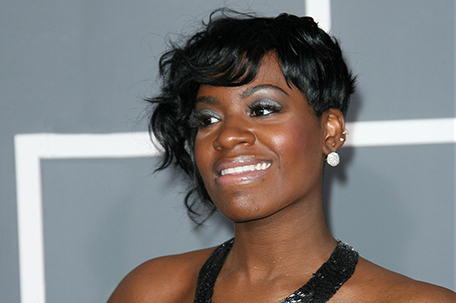 “The Fast and Furious” star Tyrese Gibson, who currently can be seen on the Fox drama “Star,”  married Samantha Lee in a secret wedding ceremony on Valentine’s Day. The new Mrs. Gibson is a New Jersey native who holds a Master’s Degree in Social Work from the University of Georgia. The gorgeous bride wore a pink wedding gown and a diamond headpiece for the nuptials. The newlyweds were first spotted together at a charity event in Atlanta back in December.This is the second marriage for Tyrese, who last week recorded a new song with Snoop Dogg. His first marriage ended in 2009 and he has a daughter, Shayla, from that union……….

According to reports, Fantasia Barrino is currently recuperating after suffering second-degree burns causing the former American Idol winner to cancel a concert due to the injury. TMZ reported that the accident occurred when a vaporizer next to Fantasia’s bed on her tour bus fell over while she was sleeping, spilling hot water on her forearm. “Fantasia suffered a minor accident yesterday afternoon and is resting comfortably,” said her rep in a statement late last week. “At this moment, our plan is to resume the tour in Los Angeles on Wednesday at the Microsoft Theater. She thanks all of her fans for their kind messages of love and support, and is looking forward to getting back on the road.”………..

On Wednesday, April 5, the New York City Mission Society will hold its annual Champions for Children fundraising Gala. This year’s event will honor legendary actress and singer Diahann Carroll and entrepreneur Don Peebles, as well as recognize three lifetime members of the Mission Society’s Board of Directors. Co-chaired by Jean Shafiroff and Katrina Peebles, the benefit will support the Mission Society’s programs and services that help youth and families in our city’s most underserved communities break the cycle of poverty and achieve success. The Gala will be held at the Mandarin Oriental Hotel in Manhattan…………

Designer B Michael is looking to claim a piece of the ready-to-wear retail luxury business widely spread pie. The American designer, who privately retails a namesake couture collection from his NYC atelier, has launched his first designer ready-to-wear collection, lifestyle-inspired for autumn winter 2017 with design insight from his coveted couture collection. B Michael will wholesale the new designer ready-to-wear collection – with buyers’  already underway with the help of Marvin Traub Associates. The line will be produced in New York. B Michael said of the launch: “I realized I had an opportunity and almost responsibility to dress the women who have been asking  me to design a ready to wear collection for years,” says Michael about his a-ha moment! ……..

Fantasia may get sued; she and Cook reportedly reconcile and plan marriage