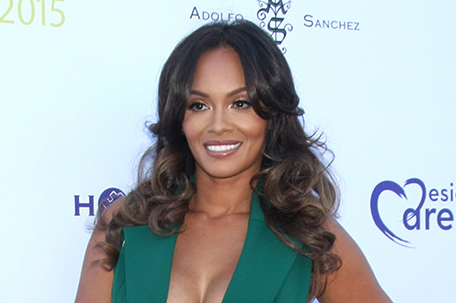 The Evelyn Lozada Foundation (ELF) kicked off Domestic Violence Awareness Month by launching an online fundraising campaign to benefit two Bronx based nonprofits, Sauti Yetu Center for African Women and the Violence Intervention Program, Inc. (VIP), that work in solidarity to support victims and survivors of domestic violence. ELF will give people a chance to win an original Ines Di Santo wedding gown. Said Lozada: “I wore this dress as I prepared to enter into one of the most sacred and memorable unions of my life. Although all did not end well for me, it doesn’t mean that my heart couldn’t be turned into joy.” The campaign is live until October 31 on VIPmujeres.org………..

VH1 Love & Hip Hop: NY star Yandy Smith has teamed up with Four-time New York Times best-selling author and official Queen of Street Literature, Wahida Clark for the first novel in the compelling new urban drama series, “The Pink Panther Clique.” Co-authored by the newest trio of urban fiction drama queens, Jamila T. Davis, Aisha Hall and Sunshine Smith-Williams, “The Pink Panther Clique” is a fictional look into the authors’ real life experience. All three ladies were in the prime of their lives, living in the fast lane when life came to an abrupt halt due to one bad decision. Serving a combined total of 23 plus years in federal prison, they made the best of their time behind bars choosing to share their stories through fiction. The ladies will also do some co-promotion of the book with prison-mate and star of Bravo’s Real Housewives of New Jersey, Teresa Guidice……….

The Brooklyn Community Services (BCS) One Brooklyn Community Public Service poster campaign, seen on 36 Brooklyn, New York, subway stations, feature several high profile Black Brooklynites like AFROPUNK co-founder and partner Jocelyn Cooper, renowned educator Principal Nadia Lopez, MTV and Comedy Central comedian Franchesca Ramsey and Black Lives Matter co-founder Opal Tometi speaking out about Brooklynites who are living in poverty and the impact of volunteering, advocacy and philanthropy to make a positive difference. Sponsored by Investors Bank, the ONE Brooklyn Community “Many Voices Many Stories” subway posters spotlight a diverse group of notable Brooklyn residents who are advocates for an inclusive Brooklyn. The posters will be on view through October 12………..