Essence Atkins has signed on to star in the indie mysterious drama called “Same Difference.” 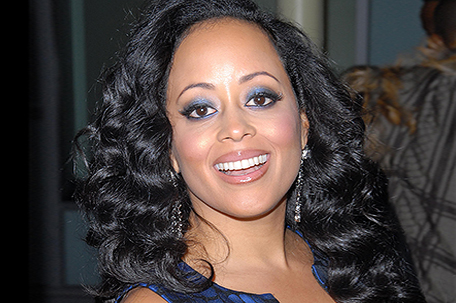 Beyonce, through her BeyGOOD initiative, announced a partnership with Google.org, the charitable arm of tech giant Google, to award four new scholarships as part of her Homecoming Scholars Award Program. The iconic performance also issues a challenge to other businesses to join Google.org in investing in excellence through education. Google.org has matched the $100,000 grant Beyonce’ announced last week, which will enable four additional HBCU’s to receive $25,000 scholarships for the 2018-2019 academic year. The schools include Fisk University, the alma mater of Beyonce’s father, Matthew Knowles……..

U.S. Rep. Hakeem Jeffries, a member of the House Democratic leadership and the Congressional Black Caucus, blasted President Donald Trump for continuing to play footsie with the Jim Crow crowd. While mentioning the funeral of former First Lady Barbara Bush, which Trump declined to attend, he referred to his hideaway Mar-A-Lago, as the “Southern White House.” The residence of slave-owning Confederate leader Jefferson Davis, was known as the “Southern White House” during the Civil War……….

Demetrius Shipp Jr.,  Essence Atkins, Terrence Jenkins and Edwina Findley have all signed on to star in the indie mysterious drama called “Same Difference.” Already in production in Los Angeles, additional co-stars include Kandi Burruss, Affion Crockett, Gabby Douglas and Page Kennedy.  “Same Difference” follows a young woman played by Essence who is told that her death is imminent by a mysterious group of people who all start dying one by one. The film is produced by Datari Turner and written and directed by Derege Harding………

According to Deadline Hollywood, film, TV and video director Billie Woodruff has signed a two-year overall deal with 20th Century Fox Television. Known for his distinct visual style and dynamic storytelling, Woodruff began his relationship with the studio, directing multiple episodes of “Empire” and “Star,” which led to the deal. Woodruff’s other TV credits include “Black Lightning,” “Claws,” “The Game” and “Hit The Floor”…….

Essence Atkins– The Quintessence of Essence