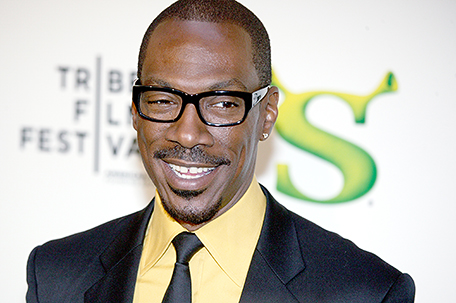 It must be Christmas in July, because it has recently been announced that Eddie Murphy will star in a new Christmas comedy called, “Candy Cane Lane.” The movie, which is premiering on Amazon Prime Video, will start shooting next winter in Los Angeles. Reginald Hudlin, who was Murphy’s director for “Boomerang” in 1992, and received a nomination for producing “Django Unchained” in 2012, will direct “Candy Cane Lane.” Murphy is also producing the movie along with Imagine Entertainment President Brian Grazer, who also produced “Boomerang” and won an Oscar for producing “A Beautiful Mind” in 2001.

Ursula Burns, the first Black woman CEO of a Fortune 500 Company, will be the keynote speaker at the Bridgehampton, New York, Child Care & Recreational Center this summer, reports JamesLanePost.com. Known as the most powerful female Black Executive in the country, Burns has extensive international experience in leading large companies that are facing technology changes within their industries. In 1980, Burns started as an intern for Xerox. She was named president in 2007, CEO from 2009 to 2016, and chairman of the board from 2010 to 2017. President Barack Obama appointed Burns to lead the White House national program on Science, Technology, Engineering, and Math (STEM) from 2009 to 2016.

Speaking of former President Obama, his wife, Michelle Obama, has written her second book, “The Light We Carry,” a follow-up to her bestselling memoir “Becoming.” The new book is set to be released in digital formats and in print November 15. According to Variety, In “The Light We Carry,” the former Flotus offers a series of stories and insightful reflections on change, challenge and power — including her belief that when we “light up” for others, we can illuminate the richness and potential of the world around us, discovering deeper truths and new pathways for progress.

Byron Allen’s Allen Media Group is set to acquire Black News Channel out of bankruptcy for $11 million from billionaire Shahed Khan, owner of the NFL’s Jacksonville Jaguars franchise. According to AMG, the acquisition will add 300 million linear and digital subscribers to the AMG portfolio of assets which includes 12 television networks such as The Weather Channel, digital platforms Local Now, HBCU Go, Sports TV, the Grio Streaming App and The Weather Channel Streaming App.